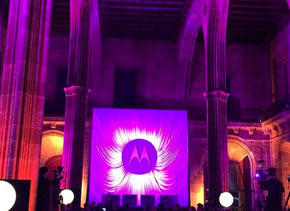 To some, Motorola had a mildly uneventful press conference at Mobile World Congress. We all knew with the pending sale of the company to Lenovo, they weren’t going to be releasing any earth shattering new smart devices, at least not yet.

What the company did reveal was that we can expect the next generation of the very popular Moto X phone by the summer of 2014. Mum was the word when it comes to specs, features, speed, pricing or what version of the Android operating system they would elect to run.

Speaking of Android, Motorola did say that once the acquisition at Lenovo was over there were no plans to abandon Android. Although Android is one of the most popular operating systems in the world, alongside Apple, some of their earliest hardware partners seem to be looking towards other operating systems to diversify their portfolio. Motorola, who despite not being first in the Android space, is often credited to bringing it to the forefront with the original Motorola Droid, says they’re sticking by Android.

Motorola also says that they are getting into the wearable space with a new smart watch that should be released alongside the next generation Moto X phone this summer.

Lenovo has been producing Android powered smart phones for over three years, however their smartphones have been highly concentrated in European and Asian markets. Lenovo in the United States is more well known for their laptop brands, which they purchased from IBM.

Of course this could all be smoke and mirrors to the press corps that attended Motorola’s event. We can’t be 100% sure of what they will do after they fall under Lenovo’s umbrella. Some analysts have suggested that Motorola will function more like a US arm of Lenovo’s growing smartphone business.