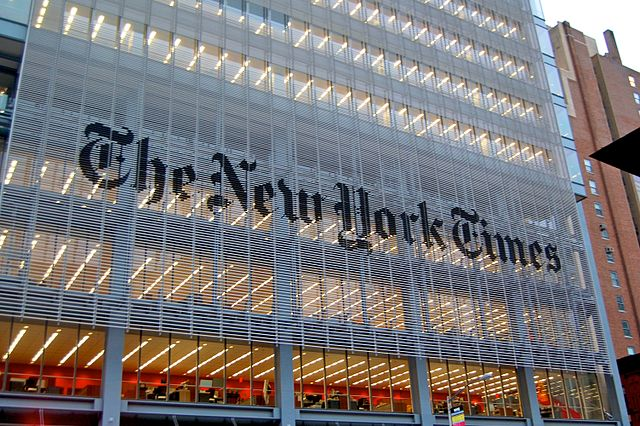 Yesterday, we told you a little bit about Cartoon Network’s creative new mobile strategy. Today, we learned a little bit about a SXSW presser where The New York Times unveiled its new mobile strategy that is on the other end of the creativity spectrum. Cartoon Network’s new app, “will deliver original 15-second content bites — videos, games, polls, and trivia — solely to mobile devices.”1 The cable network is dominant within its main medium, and is branching out with new, unique content for mobile-first users.

The New York Times, on the other hand, has just announced a new application – ‘NYT Now’ – that is both bland and unoriginal. The target user of the Times new application is clearly defined: “The new app is not designed for current readers of the Times. It is meant to attract an audience that the paper has had trouble tapping – the mobile-first reader.”2 Although there is at least a target for this new app, NYT Now is – at best – an attempt to jump into a highly saturated mostly-free category of applications with a product that costs $8/month. The application, according to Mashable:

NYT Now will provide readers with a curated feed of stories with specially crafted blurbs of key points, allowing readers to scroll down without tapping to get an idea of the most important news of the moment…The app opens into a feed of large pictures with headlines followed by mobile-specific briefs written by editors dedicated to the app. [NYT Executive Editor, Jill] Abramson said that a team of 10 to 15 editors had been assembled to work specifically on the product.3

Sound familiar? That because there are countless applications/websites that do the same thing already. It seems pretty unrealistic for the NYT to think that people will not only use their service, but pay $8 a month for it. Also, some of the other curated feeds are well established, with thousands, even hundreds of thousands of users. Further, some of these well established feeds are so subject specific that by following 2-5 you could get a much better idea of the days news than you could from any one feed. Let’s break it down a bit:

Techmeme is one of the best tech news sources on the web. They find the hottest news stories of the day, and link out to the person/website that presents it the best.

Techmeme was founded in 2005 by Gabe Rivera as an automated news curation service, like Google News, but focused on the leading edge of technology. Starting in 2008, weintroduced human editors to complete the editorial process.4

Inside (left) and Launch (right) are both excellent sources of news. Much like Techmeme, both curate the days hottest stores, write a brief synopsis, and link out to the article/post that presents the news the best. 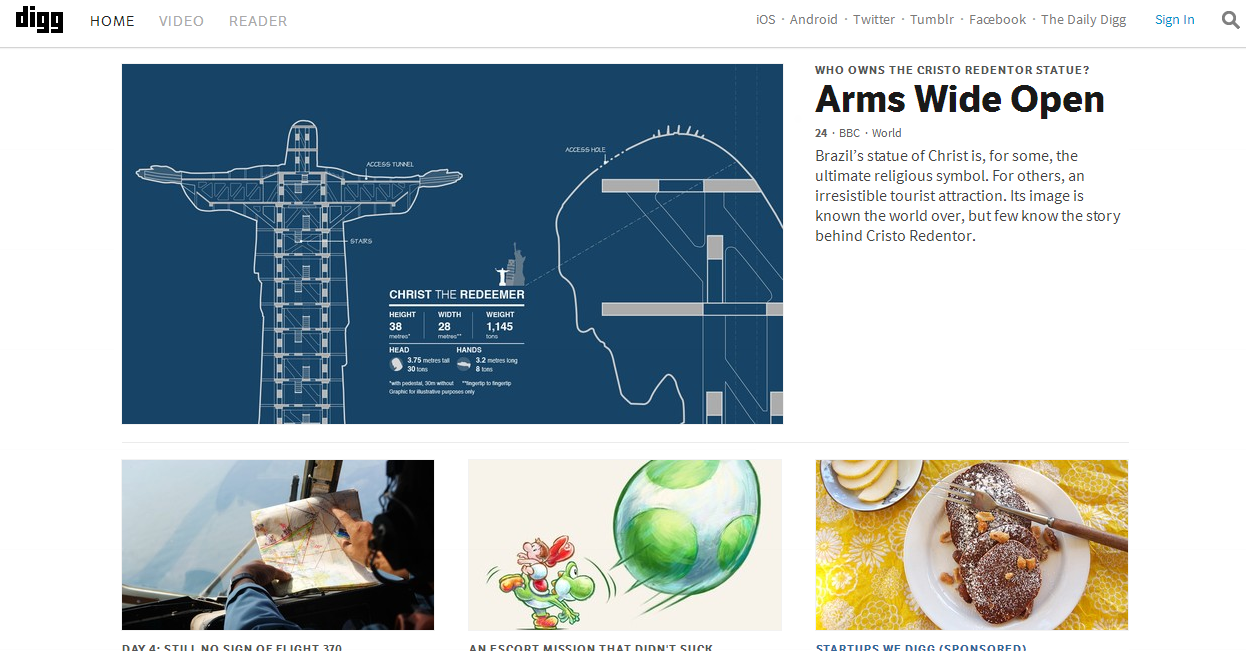 Digg is one of the best there is. While Techmeme, Inside and Launch are mostly concerned with technology, Digg is truly all encompassing – though some would argue there is a lean towards technology.

Digg delivers the most interesting and talked about stories on the Internet right now. The Internet is full of great stories, and Digg helps you find, read, and share the very best ones. It’s simple and it’s everywhere.5 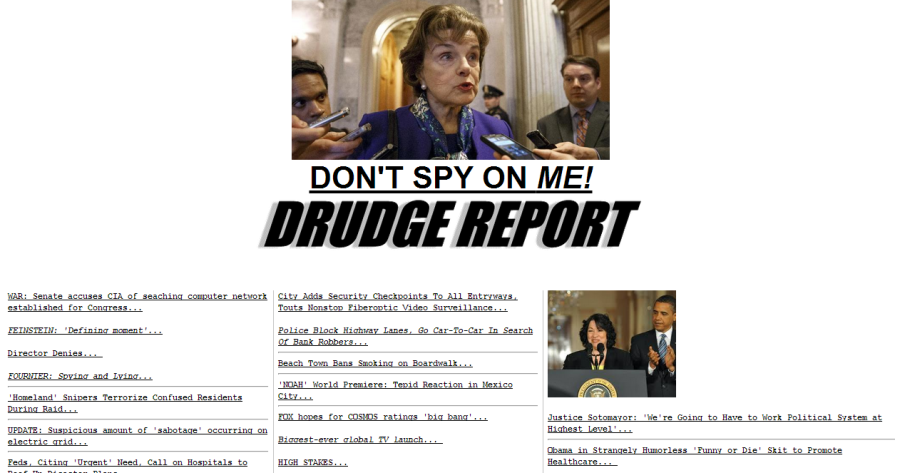 Say what you will about the people behind the Drudge Report, but it is one of the best sources for American political news. While it is probably the least visually appealing of all the aggregators, the Drudge Report is simple to use and understand. 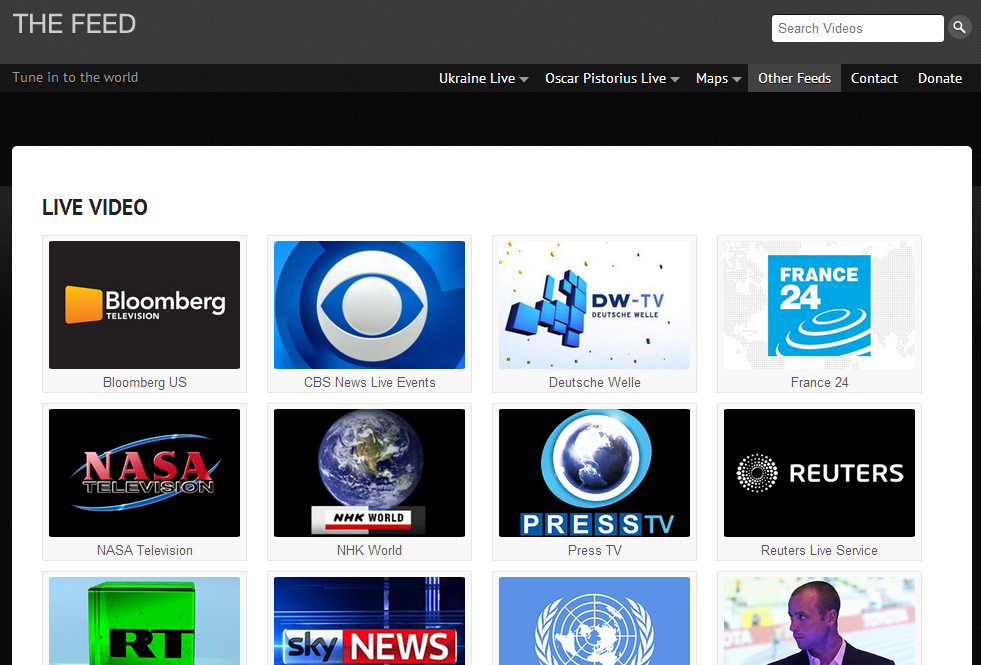 On his blog, Matthew Keys has put together a huge number of live feeds from major news channels from all across the world – as well as some local feeds from major U.S. markets. This is a great place to follow live video.

NYT Now, it seems then, is destined for failure. There are countless other aggregation services that have well established followings and are 100% free. The main source of revenue for these other aggregators is advertising. So, logically, it would seem that the $8/month fee is in lieu of advertising. Not so:

The app will have ads, [Clifford] Levy [Pultizer prize winning reporter and manager of the new app] said, although he could not elaborate on the format.6