Orfos Is Making The World Safer For Cyclists 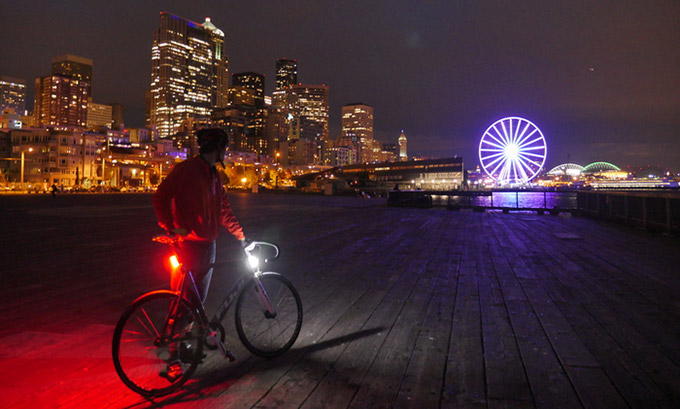 Whether you’re a recreational cyclist or fancy yourself a semi-pro cyclist, cycling at night has always been tricky. There are a variety of bicycle light solutions out there but many of them are either too cumbersome, too bright or not bright enough. It’s great to have a lot of light but if that same lighting device hinders your visibility than it’s not worth the money spent.  Trying to cycle with a light that hinders visibility is in some cases worse than cycling in the dark.

Well Pete Clyde, an electrical engineer and novice cyclist in Seattle Washington has created what could be the safest and brightest bike lights ever, with 360 degree visibility. Clyde has spent the past three years developing Orfos Flares. 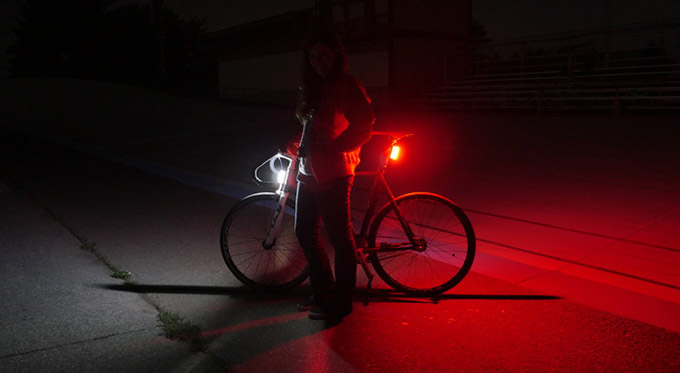 Orfos Flares have an extremely strong magnet that allow the cyclist to attach the light to just about anywhere they want to on the bicycle. Orfos Flares come in red, which is 300 Lumens and white which is 500 Lumens, providing unprecedented brightness. But the magic comes in when you mount the Orfos Flares to your bike and set out on your first trek in the dark. The LED’s used in the lights, coupled with placing the lights where the rider feels safest, provide for an illuminated ride with safety first. 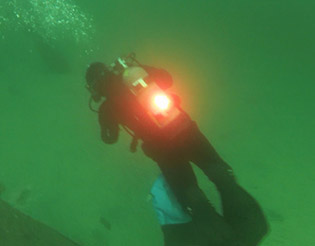 The Orfos Flares make it easier for the rider to see and for drivers, pedestrians and other riders, from far away.

“As a bike commuter in the Seattle area, I have spent hundreds of hours in dark, rainy weather. There were many days when I chose to drive a car and sit in traffic because I didn’t feel safe on the road. There was no light that I could buy that made me feel safe. This realization led me down the course of reinventing the entire concept of a bike light from the ground up. I needed lights that would give me the confidence that I would be seen in any condition: Day/Night/Rain/Shine. So I started reinventing what a bicycle light should be while taking hints from the LED technology in the automotive industry.” Clyde told us in an interview.

When designing the Orfos Flares, Clyde took into consideration every possible scenario and most importantly safety,

“These bike lights are designed to be seen from 360 degrees just as a car would appear at night. They have been reinvented from the ground up to provide light quantity and light distribution that cars have (except for bicycles for the first time). There is nothing else out there like them. These ultrabright, rechargeable LED bike lights aim to dramatically improve visibility of bike riders at night or in inclimate weather. The waterproof lights provide full 360° illumination, and attach using and entirely new mounting system with strong neodymium magnets.”

Anyone who enjoys riding their bike, even at dusk, needs to check out the Orfos Flares, here.