There is no shortage of cameras available. You’ve got mirrorless cameras, DSLRs, point-and-shoot, action cameras, among many more varieties. More-or-less, all of these cameras do just about the same thing, just in varying degrees and qualities. However, we just came across a new Kickstarter campaign that has a very unique approach to the camera. 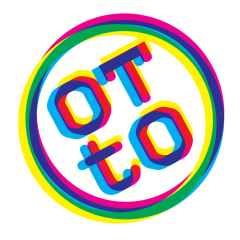 The OTTO (pictured above) is a “customizable camera powered by Raspberry Pi.”1 The OTTO links up with a mobile app that allows users to tweak and hack and, essentially, take any sort of picture they can imagine:

OTTO lets YOU decide how it takes pictures. Besides being the only camera that makes animated GIFs, OTTO’s an image making machine that can transform into hundreds of different cameras with a quick tap. GIFs, time lapses, impromptu photo booths, or something brand new, OTTO is ready for adventure!2

OTTO also, as mentioned in the quote above, is the first camera to allow users to snap GIFs. The GIF capturing is incredibly simple to use. The camera, “has a rotating crank that pops up and folds out from its top.  Crank to make a GIF. When you’re done, rewind the crank one turn and your GIF is done.”3 When using the camera, Otto automatically syncs with the smartphone app, making any and all photos viewable directly from the connected phone.

What really sets OTTO apart from every other camera is the incorporation of different Modes:

Modes are like tiny apps that define how OTTO makes pictures. In other words: modes change what happens when you press OTTO’s shutter button or turn it’s built-in crank.

OTTO ships with a library of built-in modes to do fun things like shoot animated GIFs, or set up an impromptu photo booth. Using your smartphone, you can change between any of these built-in picture-taking modes, or pick user-created modes from the in-app MODE GALLERY.4

Here are a couple of the pre-built Modes:

Beyond all of the added, hackable, functionality, the OTTO is equipped with a pretty solid lens:

All of the early bird deals were snagged pretty quickly, so the only way to get an OTTO is to pledge $249 to their Kickstarter Campaign.