What is The Outernet [infographic] 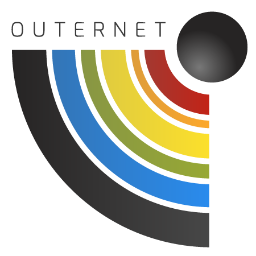 The infographic below has been making its way around Reddit and other sites lately. Though after some investigation, it looks shaky at best. Anyhow, we thought it was worth a share. The infographic is about the Outernet. The Outernet, according to the people behind the idea is pretty bold:

Through satellite data broadcasting, Outernet is able to bypass censorship, ensure privacy, and offer a universally-accessible information service at no cost to global citizens. It’s the modern version of shortwave radio, or BitTorrent from space.1

Bold indeed. But wait, there is more. The way that the Outernet will work, again according to the team, is a bit odd, and not like two way internet atall:

Outernet will utilize a constellation of low-cost, miniature satellites and existing infrastructure in geostationary orbit. In both cases, satellites receive content from the web through a network of ground stations which uplink content that the community has collectively requested. The data packets are broadcast in loops so that poor signal quality does not prevent continous [SIC] updating of content….Citizens from all over the world, through mobile apps like Facebook for USSD, participate in building the information priority list. Users of Outernet’s website also make suggestions for content to broadcast; lack of an Internet connection should not prevent anyone from learning about current events, trending topics, and innovative ideas.2

The Outernet, then, is based on a weak foundation. /u/cryptovariable pretty well destroyed the concept in an /r/futurology thread. Anyhow, here is the infographic, via WhoIsHostingThis, but we found it on imgur: