Pioneer Throws It Back With The PLX-1000 Professional Turntable 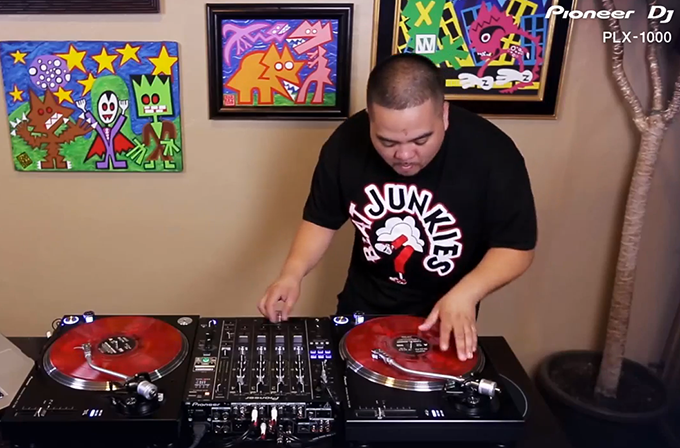 So yeah most of our readers know that I’m a dj of sorts and have been doing it since the late 80’s. I grew up on real turntable before the wave of Serato, Virtual DJ and a controller. Like most dj’s i’ve adopted and adapted to the latest in technology. My comfort zone is a pair of turntables and a Serato box and on the controller side the Pioneer DDJ-SZ.

Older dj’s (like myself god I feel horrible saying that) often reminisce about the old days. Often times at dj events we’ll find a place to hang out and tell “you know you’re an old school dj” stories, most ending some reference to the turntable era. My favorite is about blisters from milk crates but that’s another story.

While Pioneer has been THE innovator in the digital dj space, first with the CDJ’s, then with mixers, and currently with controllers, it’s nice that they’ve taken that same approach to engineering and released the PLX-1000 professional turntable. 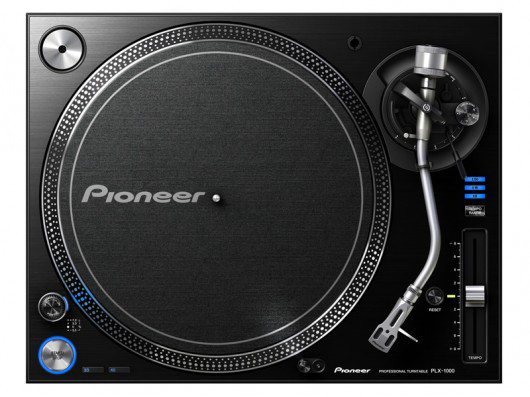 The PLX-1000 is a good break from digital but there’s no sacrifice when it comes to features. And, its only fitting that they announced the PLX-1000 on “Throwback Thursday”

The design of the PLX-1000 is familiar. Pioneer takes pride in developing tools for the trade rather than wanting someone to re-invent the way they dj. The two speed deck has an illuminated speed guide, stop start on the left side, pitch control on the right and an “oh shit” button that returns the platter to it’s fixed rotation speed almost instantly.

An S-shaped tone arm offers variable stylus pressure and has been treated to rubber insulation to minimize howling during playback. The zinc die-cast chassis to the top and 8 mm (0.3 in) thick resin at the bottom (which has been further reinforced with a 9 mm thick vibration-damping material) are said to help ensure stability and prevent vibration. The rear of the unit sports the AC power connection and low impedance, gold-plated RCA output jacks.

What’s absent from this turntable are any quick sample buttons, instant cue buttons, midi-maps and USB outlets. This is pure turntable and it shows. It’s been 50 years in the making and it seems like Pioneer wanted an amazing product for professional dj’s who still like to throw a little vinyl down now and then.

Of course it can easily work with a Serato system using vinyl vs CD guides or a straight up controller. But dj’s love it. Q-bert and DJ Shortkut of the Invisible Scratch Pickles both take turns checking out the PLX-1000 in the video below: