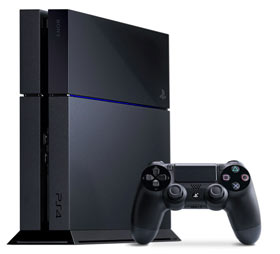 This is one of those good problems to have. Sony recently reported that they’ve sold 10 million PS4 systems to date. By all accounts, not only is Sony kicking Microsoft’s ass in next generation console sales but they’ve surpassed any level of sales that they had initially thought.

ArsTechnica reported on Tuesday that Sony’s head of Worldwide Studios Shuhei Yoshida has publicly expressed his surprise at the sales figures the newest Playstation console is pulling in.

“It’s just beyond our imagination. We are so happy. But I for one am a bit nervous because we do not completely understand what’s happening,” Yoshida told Eurogamer in a recent interview. “You need to understand why your products are selling well so you can plan for the future, right? It defied the conventional thinking. Lots of people thought the dedicated game hardware might not be needed going forward, but still lots of people are very excited.”

Sony has a good handful of exclusive titles including their MLB game, as well as the Infamous series and the highly anticipated DriveClub that are definitely driving sales but it’s still more than the company expected.

Internal reports suggest that people are buying the PS4 console who may have skipped the PS3 or switched from PS2 to the Xbox 360 however that still doesn’t seem to account for 10 million sales in less than a year. This is scary for Sony executives who are worried about “core gamers” and whether or not they are exhausting them.  They are also concerned that at some point they may run out of people to sell to.

Like I said this is a good problem to have considering the bad shape several other Sony units are in. Earlier this year Sony sold it’s Vaio PC business to Japan Industrial Partners. They also spun their tv division off into a separate company. Sony used to dominate the personal music player business with both their cassette based Walkman series and then their CD based Discman series. They haven’t been able to emulate that success with a digital music player since the introduction of the iPod.

For now, Sony executives are revamping their strategy to coincide with the number of PS4 units on the street and also adjusting forecasts because so many have already been purchased. Originally the plan was to release the systems just in time for the 2013 holiday rush and then sweep up the sales in the 2014 holiday rush. It seems that most customers decided not to wait until the holidays to add a PS4 to their living room.