ACIEM Studios, an award-winning full-service audio and video production and post-production facility, announced in late December that they had produced the instructional DVD’s for both Keith Urban’s Urban Guitar Collection and the Randy Jackson Guitar Collection.1 Both of the American Idol judges, Urban and Jackson, recently released their own lines of acoustic and electric guitars exclusively for the Home Shopping Network (HSN).2 This is an interesting move as neither of the artists has ever promoted an instrument line on television.

Both the Urban Guitar line and the Randy Jackson Guitar line offer their guitars as a part of their 21-piece and 20-piece, respectively, package. The main goal of these two guitar lines was to offer everything a guitar player may possible need for a relatively cheap price. According to the release, “Both productions [The Jackson and Urban Lines] are meant to offer an affordable line of guitars to as many aspiring musicians as possible, as well as to those just starting out with guitar.”3 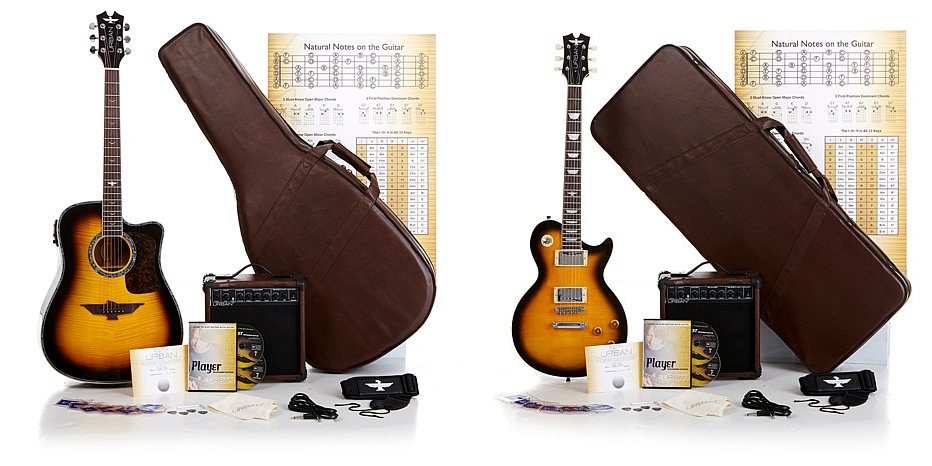 World-class musical artists come alive in studio settings, where they can reveal their love of music, and we were thrilled to have captured the essence of both Keith Urban and Randy Jackson in these instructional guitar video sessions for HSN…The idea of a private, intimate lesson with both Keith Urban and Randy Jackson for aspiring guitarists is something special, and we were pleased to be part of a signature moment for HSN’s musical instrument sales program.4