Samsung and Android Take Credit For iPhone 6 Plus 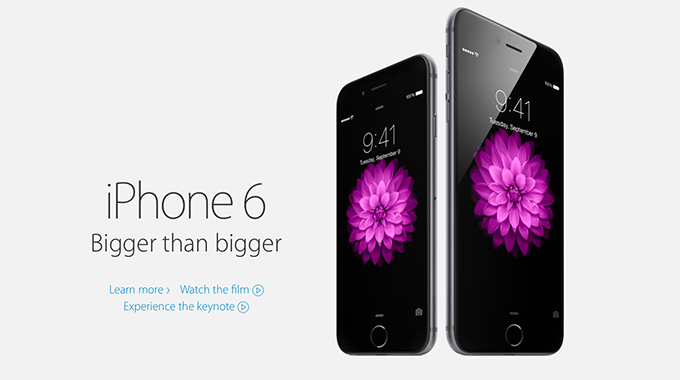 I used to be on that bandwagon, in fact I used to lead it.

Many of our loyal readers have been reading me since late 2006. That was when reports about a Google phone had just begun to surface and I created Thedroidguy.com. Fast forward to 2014 and I sold Thedroidguy in 2011 and abruptly went iOS.

I was often criticized for that move and even to this day when someone finds out I was the one who started Thedroidguy, they can’t seem to believe that I now carry an iPhone 5S and yes my entire household has already pre-ordered the upgrade.

Now, Samsung and many an Android developer, manufacturer and fan boy are all out to say that Apple copied Android. Guess what, they did, I know this, and I’m fine with it. Even Apple co-founder Steve Wozniak has said that Android gets features FIRST and Apple gets them BETTER. That’s amazingly true.

Why did I switch? Did I sell out? No.

I have never owned a Windows computer. Let that sink in for a minute. In my nearly 40 years of existence I have never owned a Windows computer. My parents got us an Apple II C in the 80’s, than an Apple II GS, than a Macintosh, Mac Classic, and just about every Apple computer up the line. In the five years that I owned Thedroidguy the pages which saw millions and millions of views per month were almost all penned on a Macbook Pro.

I secretly had an iPhone 3GS that I used for comparison through 238 Android devices. During my time as Thedroidgy I tested, wrote about and used 238 Android devices. that’s nearly 40 Android devices per month. They all had neat features but they all force closed, the battery life was just pure crap and manufacturers were trying to outdo each other time and time again.

So this year my daily driver is an iPhone 5S, I’ve got an HTC One M8 and a Galaxy S5 and Android has come a really long way over the last 7 years. Features that are rolling out on the Galaxy S5 now won’t get to iPhone for two or more years, until they’re actually ready.

This continues to go on, it’s still true today, Android comes out with features first and Apple does them better. I rather wait for better. That doesn’t make you a bad person for wanting them first.

At the end of this post is Samsung’s latest “Next Big Thing” commercial, it’s pretty funny. It was just released. Right here is one of the last videos I made as Thedroidguy. It was WWDC in 2011 and Apple’s’ Scott Forstall had just announced all the features in iOS 5. Watch the video for a great laugh, remember I used to lead this bandwagon:

And here’s that Samsung commercial. It’s funny too.