Secret Founders on The Power of The Platform 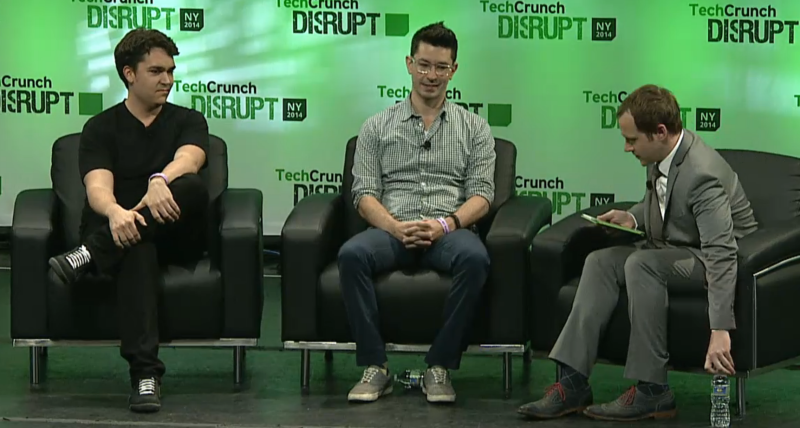 Day two of TechCrunch Disrupt New York was full of interesting panels and discussions. However, TechCunch Reporter Ryan Lawler’s discussion with the two founders of Secret was far and away the most interesting. David Byttow (Co-Founder and CEO) and Chrys Bader (Co-Founder and Chief Product Officer) gave some incredible insight into Secret, and some future plans for the company.

On Negativity and Nasty Secrets

The popular perception of Secret is by and large negative. The perception is that the app is a platform for slander and rumor spreading. Though there is some truth to this, this represents a very, very small percentage of use-cases. “People tend to focus on the one bad secret,” argued Bader, “but not look at the other 99 secrets.” Further, both Bader and Byttow argued that for Secret to succeed, negativity is not only allowed to exist, but it needs to exist. The whole key to Secret, the founders argued, is that it has to be productive.

There is a moderation mechanism within Secret, but the founders pointed out that they do not remove posts simply due to negativity. In-fact, though they would not give any specific numbers, the founders noted that they take down very few posts. In regards to the whole Github scandal a few weeks ago – wherein the co-founder quit after widespread allegations of harassment, originating from a Secret post – Byttow offered up a very quotable take on the situation. “Shining a light on evil is a good thing.”

It was interesting to hear the founders speak about their goals and how they thought users would use the platform. Really, people are using the app almost exactly as they thought. The goal is, and has always been to facilitate constructive conversations. Knowing this guiding principle, a lot of the nuances of the platform become quite clear.

In order to facilitate meaningful conversation, it was necessary to build out users’ networks based on contacts. By basing the platform on contacts, Secret creates a more personal network, allowing an amount of introspection. Secret, as it is constructed, allows users to tap into the collective knowledge of their contacts, and gain more insight into their own world. Secret allows users a chance to reflect on their lives and opinions, versus just random posts. Though every Secret post is anonymous, it originates with someone inside of your network, making it a much more personal affair. Lawler asked about Whisper – another anonymous sharing app, but the feed is 100% random – and Byttow offered up what may be the best way of thinking about Secret’s approach to anonymity. “When it can be anyone, it is no one. When it is someone, it is everyone.”

One thing that Secret lacks is the ability to send private messages. When a Secret thread gets massive, with tons of comments going back and forth, it is impossible for users to have any sort of one-on-one conversation within the app. Currently, users have been jumping over to Anonyfish to have these one-on-one’s. The Secret Founders, however, noted that this is a feature that they are actively exploring. It has to make sense, Byttow said, it can’t just be a free-for-all with any user being able to message any other user. The jump to Anonyfish is often the very last step in a conversation, a closing of the loop if you will. Byttow and Bader said that they want to add a messaging feature in the near future, but it has to fit in with the platform.