Shot Stats Challenger Is Like The Wimbledon Of Tennis Tracking Devices

The “Internet of Things” has caused an onslaught of sports related tracking devices over the last three years. The most common of course would be the fitness tracker. Companies like Fitbit and the Nike Fuel Band fueled a movement of like minded fitness tracking devices. Then came balls, golf trackers, baseball bat trackers and even tennis trackers.

A new tennis tracker called “Shot Stats Challenger” is making waves in Atlanta’s start up scene and across the Tennis circuit. The company, currently working at HAXLR*R in Atlanta, has already raised nearly $55,000 of their $75,000 kickstarter goal for their non obtrusive tennis tracking device. 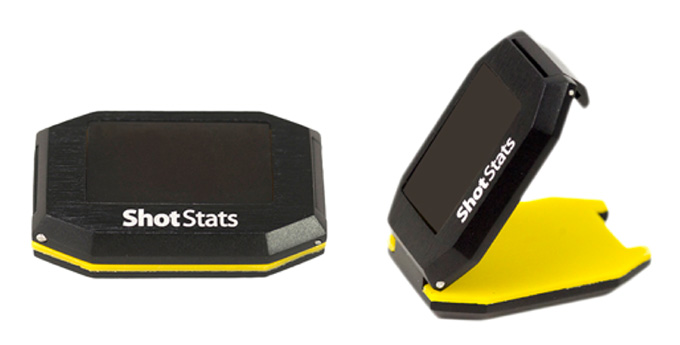 What die hard tennis players are going to like are the fact that it is a small device but at the same time the functionality fits in with any tennis player regardless of their technological preferences. Shot Stats Challenger can provide data to the tennis player audibly, right out of the device. It can also relay information back to a mobile app, and a display on the front of the tracker tracks several metrics during a tennis match.

The Shot Stats Challenger can be programmed with metrics that tennis players want to hit during their training, practice sessions or games, and can instantly alert the player when they are or aren’t hitting their goals.

The devices small form factor fits onto any tennis racket like a normal dampener, only touching four strings while mounted to the racket. It also has a rubberized exterior meant to handle direct hits from balls, fences, shoes, nets or whatever else may get in it’s way. The device is also touch screen controlled with simple touch and gesture motions making it easy to change metrics and programs mid game.

One of the most amazing features in the Shot Stats Challenger is the ability to combine all the data connected with the device with video recorded from the same phone giving the user a birds eye view of the data while watching back video, a key element in training and perfecting the swing and the game.

You can find out more about Shot Stats Challenger here and pre-order yours on their Kickstarter page here.