SolarCity can put a solar power system on your home at no cost to you and sell you the energy it produces for less than you currently pay.

We pay for the system, you pay less for the energy. It’s that simple

So rather than selling and installing solar panels, you only pay for the power that they produce. SolarCity owns and maintains the equipment.

As a SolarPPA customer, you only pay for solar power—not the solar equipment or installation. SolarCity installs, maintains and owns the solar system on your rooftop or property. Solar PPAs are very common for commercial solar customers and are now becoming very popular for residential customers too.2 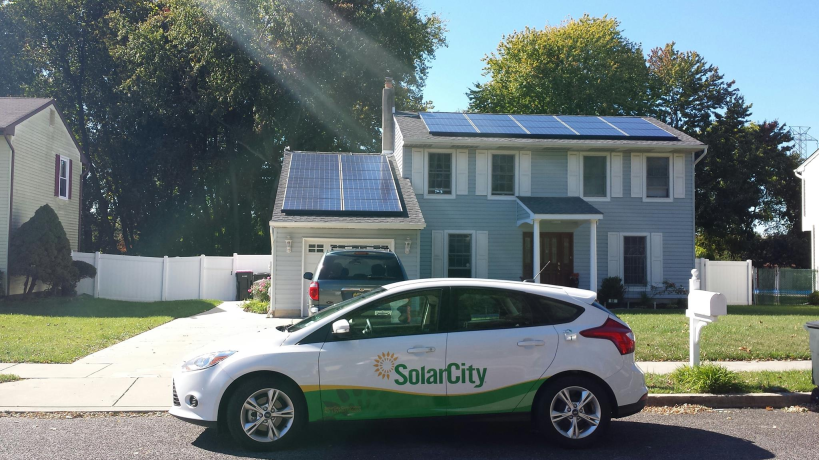 Essentially, SolarCity becomes a sort of supplemental power company. SolarCity absorbs all the costs of installation, maintenance, and service, and you pay only for the energy you use. While energy costs increase at a rate of somewhere between 3-7% annually, SolarCity allows you to lock in a rate for the term of your contract.

As the demand for more renewable and cleaner energy sources is rapidly increasing, SolarCity and similar companies are poised to lead a sort-of green revolution (a second green revolution, if you will). Low-cost, high efficiency power is something that the majority of Americans want. According to a survey conducted by SolarCity and Clean Edge Inc., the demand for such energy is higher than ever: 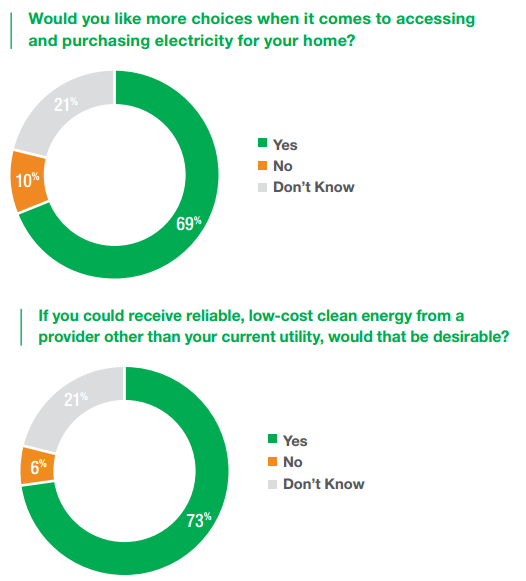 Annual solar power installations are also at their highest level ever: 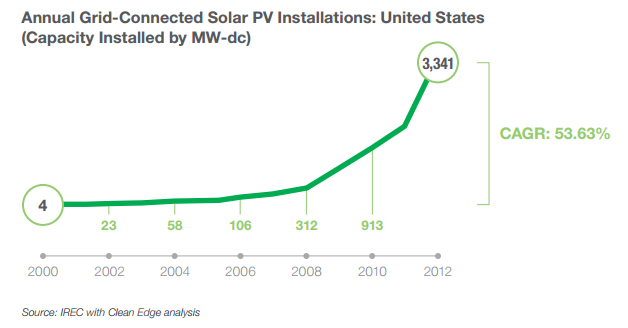 Here is a brief video explaining the SolarCity approach to solar energy: