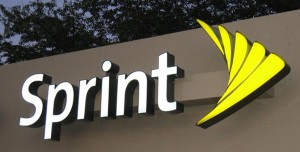 A good friend of ours has been a Sprint customer for nearly two decades. Their service began back in the Pin Drop and Sprint PCS days. Back then Sprint offered a great value for the money as well as a digital network while other carriers were struggling with keeping up with the latest in technology. For a while there, Sprint chugged along an innovated whenever possible, often times ahead of the pack.

You may remember Sprint merged with Nextel and offered the iDen and push to talk service for enterprise, government and even regular customers. Sprint was one of the earliest backers of WiMax, and then Clear, which believe it or not, was the cutting edge of wireless internet back in the last decade.

Sprint was even the first to offer WiMax to their cellular customers as their first iteration of 4G, before 4G was even a blip for the other carriers.

Our friend lives in one of Sprint’s 20 or so more progressive markets. It was a first market for Clearwire, WiMax and even Sprint’s newest version of 4G. So they thought that was a good thing. Speeds were great, signals were good and everyone was happy. It takes a lot to maintain a relationship with a wireless company for nearly 20 years.

But then, as Sprint began to grow and multiply, our friend, along with many many customers just like them, started finding that their superior service was quickly becoming inferior. Even with the degradation in service our friend was willing to work with Sprint and try anything to stay with the carrier:

“My office experiences challenges with Sprint service over the past year; there’s not much signal to use. Some phones choose to roam and end up on Verizon much of the time. Sprint sent us an Airave signal booster a year ago. It works well for a few of the offices, but get more than 40 feet away and you’re back to a troubled signal. One of the iPhones doesn’t like to roam if there’s a hint of Sprint in the air. That person drops calls quite often and texts are slow to go and arrive.” our friend told us in an email.

“Even with full LTE signal, many speed tests have been a quarter of the speeds experienced on Verizon, T-Mobile, or AT&T. “Unlimited” loses its luster when it just trickles in.” They said.

This friend of ours has lived at the same address for over a decade, starting with good Sprint service. Nothing has changed as far as their Sprint service goes, except for the signal, and an upgrade in devices ever 18 months to two years. Our friend has five devices on Sprint.

Although by no fault of their own, the family received a letter from Sprint about a year ago saying that they had gone over their limit of data and voice with one of their lines. The family pretty much travels together and the line was actually one of their kids’ lines who doesn’t travel anywhere, so again whatever limit they had hit was because of the degradation in Sprint signal.

Finally at the end of March, they received the letter below. They were effectively getting kicked off Sprint for preferring to deal with the slower speeds and even roaming within their own home and stay with Sprint rather than switch carriers. Chalk this up as horrible customer service, false advertising “unlimited service” and another win for John Legere as this family, loyal customers of Sprint since the 1990’s, has switched to T-Mobile. 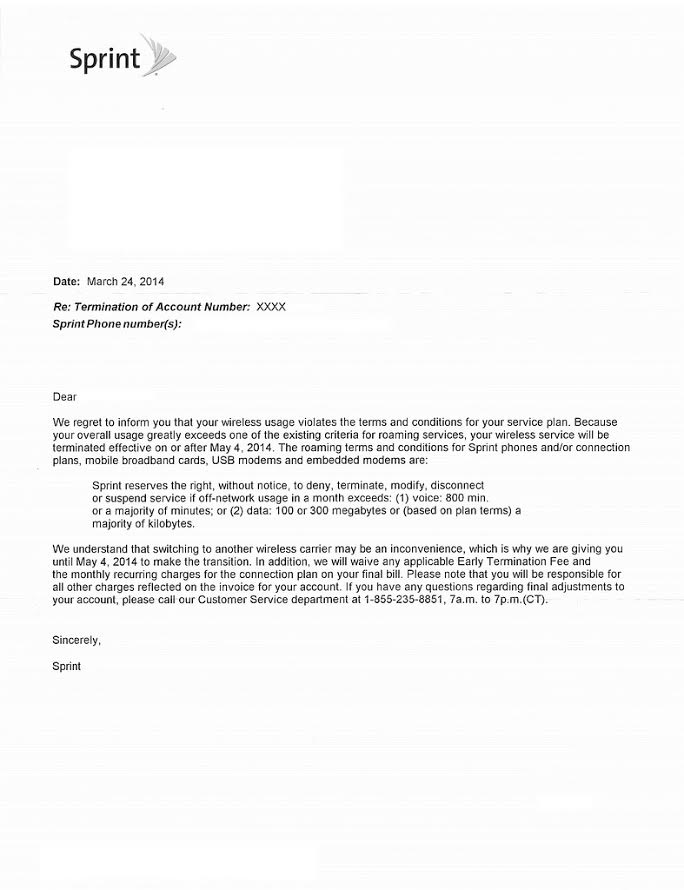