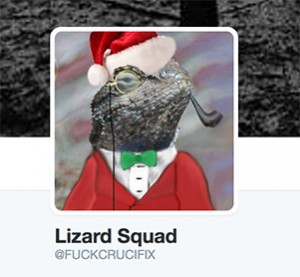 So you just weren’t content with going to bed, you had to stay up all night and get one last hoorah on the game system and games you already have tied to your Play Station Network account or your Xbox Live Account. It’s apparent you were going to try and catch Santa Claus mid stream while playing the latest Xbox One game over Xbox Live. Well alas the hacker  better known as Lizard Squad has decided you’re better off going to bed than trying to play on either systems network.

According to this report from Business Insider, just hours after Xbox Live went down, Sony’s Playstation Network is down as well.

Lizard Squad has taken to Twitter to taunt those behind both networks and even went as far as to suggest that if they could get 500RTs (retweets) they would “stop smacking” PSN.

It’s being reported that Lizard Squad is using DDoS attacks to take down both networks. Sony has acknowledged the problem but hasn’t confirmed or denied whether it was a DDoS attack. The Business Insider story says that Lizard Squad had been taunting both PSN and Xbox Live saying they would take the networks down over Christmas.

On Christmas Eve it’s hurting the customers who already have game systems and games. Once Christmas morning rolls around it’s a whole new ball park with millions of new system users looking to get onto both networks.