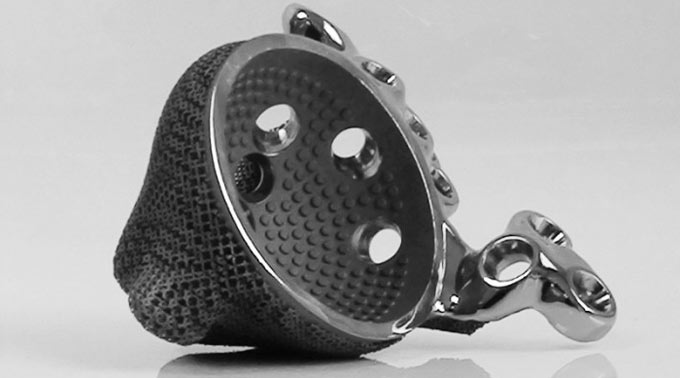 3D Printing has really taken off. It was one of the biggest parts of the 2014 International CES back in January. But just a few years ago, before the Makerbot, 3D printing was saved for companies with million dollar factories. Now, companies are trying to get the cost of 3D Printers down to a level where you can have a 3D printer in your house.

With those 3D printers you’ll be able to create toys,art projects, and in some cases food. We’ve also seen how companies are bringing 3D printing to the classroom to help expand on curriculum.

Last season an episode of ABC’s Grey’s Anatomy featured the surgeons getting lectured on the uses of 3D printing for medical reasons. Now we hear, that while that episode was being filmed, a Belgium company was already using 3D printers to make surgical implants designed to withstand life in the human body.

Gizmag reports on that company, Mobelife, and the plight of a 15 year old girl in Sweden who suffered a congenital disease that caused extensive damage to the pelvis and had her confined to a wheel chair.

The girl’s doctors, and the staff at Mobelife had a tomography scan performed on the patient. The scan takes a picture of the patient’s unique bone anatomy. Mobelife used the information from that scan to build a pelvic implant customized for the girl.

All of this took place in September 2012. Immediately following the surgery she was pain free, and by Christmas time she was out of the wheel chair walking with crutches. Now, she is walking by herself without any aids. All thanks to 3D Printing.