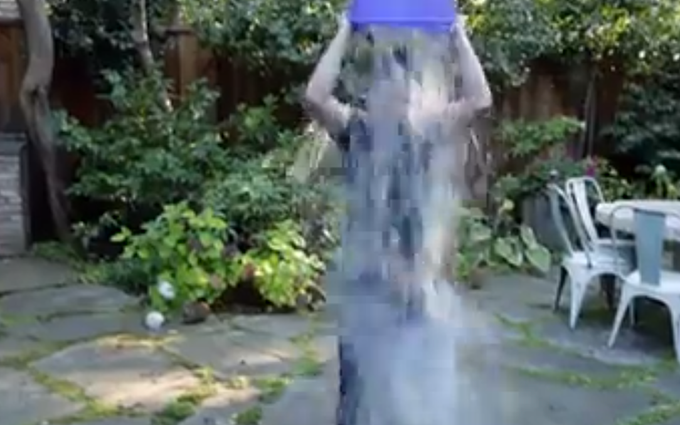 By now everyone in America has taken notice of the virality that is the ALS Ice Bucket Challenge. The challenge is meant to raise awareness to ALS, Amyotrophic Lateral Sclerosis (Lou Gherig’s Disease) and the ALS foundation.

With the ice bucket challenge the person challenged must have a bucket of ice water poured on their head or elect to donate $100 to the ALS foundation. While some people are concerned that the ice water challenge is negating the donation process, the foundation says that couldn’t be further from the truth.

“We have never seen anything like this in the history of the disease,” said Barbara Newhouse, President and CEO of The ALS Association. “We couldn’t be more thrilled with the level of compassion, generosity and sense of humor that people are exhibiting as they take part in this impactful viral initiative.”

The social viral campaign has seen many celebrities, tech titans and entrepreneurs take the challenge here are 7 you may have missed:

Facebook CEO and Founder Mark Zuckerberg took the challenge too.

Bill Gates accepted Zuckerberg’s challenge and even designed and built a contraption to help him dump the ice bucket on his own head:

Larry Page also accepted Zuckerberg’s challenge and Google co-founder Sergey Brin joined them. They did the challenge at Friday’s all hands meeting and invited Nooglers, or new employees to Google, to actually do the dumping. The Google duo didn’t challenge anyone else but that could be forthcoming.

Elon Musk accepted Bill Gates’ challenge here with the help of his kids and some of their buddies:

And finally Mark Zuckerberg’s second in command Sheryl Sandberg definitely leaned in for this one: