Android Has 99% Of The Mobile Malware? 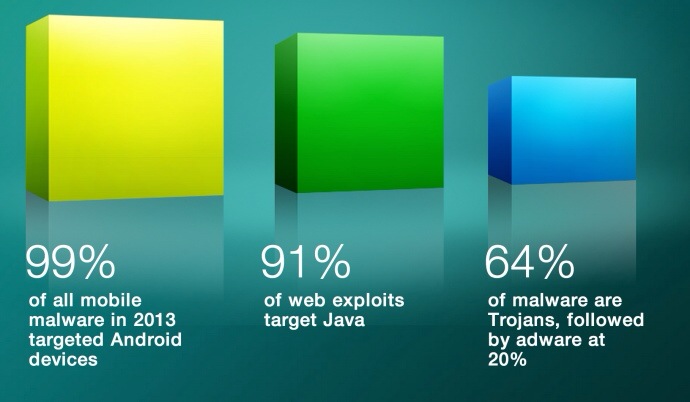 If you need to know how much mobile malware has infected Android you can always count on Apple’s marketing honcho Phil Schiller.

9to5mac reported on Tuesday, that Schiller had posted results of Cisco’s 2014 annual security report to his Twitter account. It was that report that highlighted just how bad mobile malware is on the Android platform.

Ninety-nine percent of all mobile malware in 2013 targeted Android devices. Not all mobile malware is designed to target specific devices, however… Many encounters involve phishing, likejacking, or other social engineering ruses, or forcible redirects to websites other than expected. An analysis of user agents by Cisco TRAC/SIO reveals that Android users, at 71 percent, have the highest encounter rates with all forms of web-delivered malware

So where does Apple stack up? Well when it comes to web delivered mobile malware, where Android accounts for 71%, Apple on the other had accounts for just 14%.

This is up nearly 20% from the F-Secure report on mobile malware that Schiller shared on Twitter back in March 2013.

It’s widely known and understood that Apple has always had far more secure platforms. Windows based computers have always carried a similar percentage of malware when compared to Apple computers. 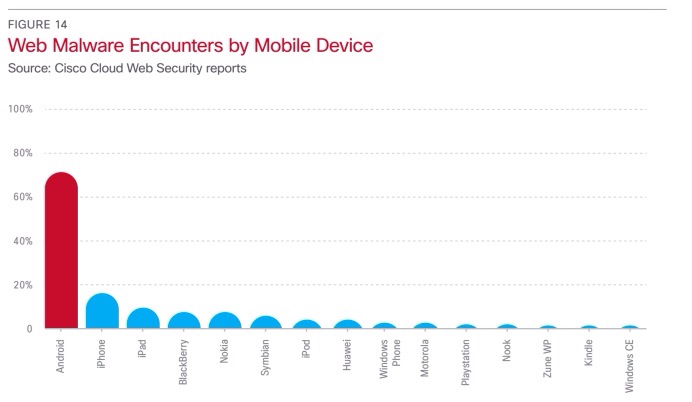