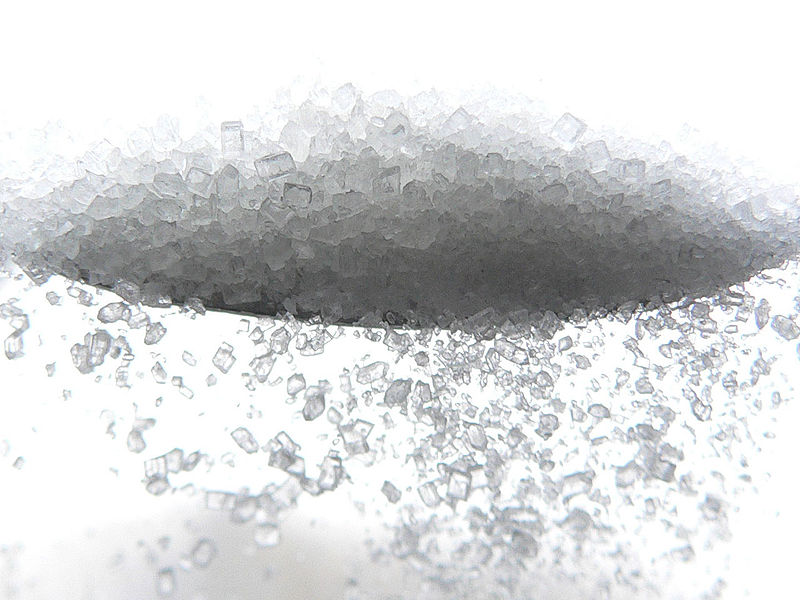 In the odd news of the day, it looks like sugar is going to play a major role in the next generation of batteries. According to a newly published research paper, “Sugar-powered biobatteries could serve as next-generation green power sources, particularly for portable electronics.” The research, entitled “A high-energy-density sugar biobattery based on a synthetic enzymatic pathway” written by a team of scientists from Virginia Tech – Zhiguang Zhu, Tsz Kin Tam, Fangfang Sun, Chun You & Y. -H. Percival Zhang – was just published in the academic journal Nature Communications. 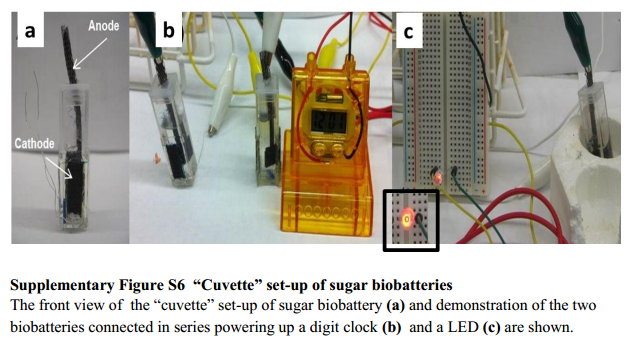 While powering a battery with sugar is remarkable on its own, there is more to the picture. According to the VT release, the battery developed by the research team, “has an unmatched energy density, a development that could replace conventional batteries with ones that are cheaper, refillable, and biodegradable.” While other sugar batteries have been developed and tested, the VT battery is far superior in every single aspect – power output, storage, longevity, and energy density to name a few. What’s more, the research indicated that the sugar battery has “an energy-storage density of 596?Ah?kg?1, which is one order of magnitude higher than that of lithium-ion batteries.” But wait, there is even more (my emphasis):

Like all fuel cells, the sugar battery combines fuel — in this case, maltodextrin, a polysaccharide made from partial hydrolysis of starch — with air to generate electricity and water as the main byproducts.

Every year, billions of batteries are thrown away. I could not find any reliable statistics for the U.S., but in Australia – a country of 22.68 million, compared to the 313.9 million of the U.S. – threw away around, “279 million single-use batteries and 65 million rechargeable batteries.” This new sugar batter has the potential of cutting that number exponentially.

Not only is the sugar battery more environmentally friendly and more powerful than traditional batteries, but it is infinitely safer to use. Again, according the the VT release:

Different from hydrogen fuel cells and direct methanol fuel cells, the fuel sugar solution is neither explosive nor flammable and has a higher energy storage density. The enzymes and fuels used to build the device are biodegradable.

One final interesting component of the sugar battery: they will be refillable, as opposed to rechargeable. So rather than plugging into an outlet, the battery only needs to be refilled in a process similar to that of filling a printer cartridge with ink.