Android Is For Poor People? And That’s Why It Will Win! 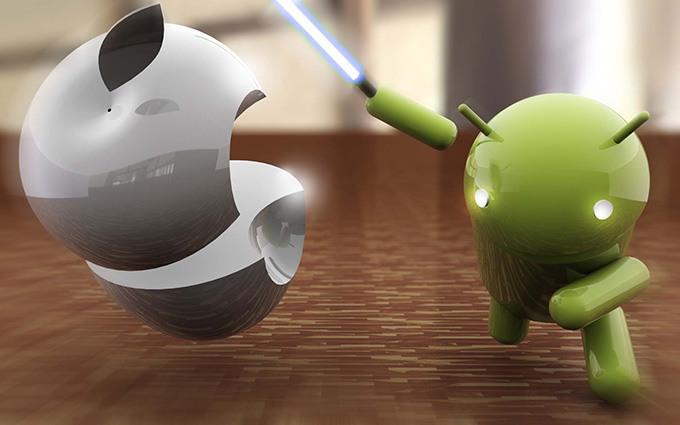 Back in April a report using device data aggregated from Twitter told a story that not many wanted to hear. Business Insider and others posulated that the chart proved that Android was for poor people, or rather more people than iPhone is for. Apple has for years, stayed within it’s pricing structure basically since the release of the very first iPhone.

A new iPhone hits the market and it can be yours from $500-$800. As the device shelf life wears down you may see a drop in price by $50 and at the end of the devices shelf life, just prior, or right after a new iPhone is released, it may go down another $50. Apple discounts don’t go much cheaper than that except when retailers with enormous buying power mark the devices down for the holidays or Black Friday. Even then, the retailer, not Apple, is typically eating the discount.

The data set used for the original stories was pretty subjective. It was all based on tweets and it focused in on certain areas like New York.

New data has been obtained by Business Insider. This data, which came from Andreesen Horowitz, a key investor in Facebook, shows the operating systems used for “monthly active users” MAU’s, across several geographic regions. The chart takes a look at Greenwich Connecticut, San Francisco, New York, the USA overall, Detroit, India and the world.

Now some may argue that this data is just about as reliable as the Twitter data used previously. Whether it is or isn’t may not even be the real story here. The real story may be in that Google and Android are doing the right thing to win market share across the globe.

Google has always given the Android operating system away free for any manufacturer that wants to create an Android device. That’s why today there are over 11,000 Android devices in existence. With that in mind, wise manufacturers see the opportunity in emerging markets, markets that Apple couldn’t compete in without drastically reducing their pricing structure.

Business Insider’s Jim Edwards ponders whether it’s a good strategy for Apple to continue selling the most expensive devices in the long run.

But does all of this even matter at this point?

Globally Android is winning. There are more Android users in the world than Apple users, however iOS is still the preferred operating system when it comes to the business of apps. Apps, a majority of the time, come to iPhone and iPad before Android and often times look better. There are just too many Android devices to effectively test out an app and still get it in the Google Play store on time (companies like CheckDroid are trying to fix that)

By all accounts Apple keeps a much better grip on their ecosystem. Some call it a walled garden, others know that an app on an iPhone is just going to work. Also, with over 11,000 different Android devices in the world today, it’s not hard to believe that Android accounts for 99% of the mobile malware.

The most that can be said about any of this is basically what was said before. We’re reliving the PC vs Apple war except this time it’s on a mobile screen. When the PC vs Apple war was in it’s heyday in the 1990’s many lower cost PC based computers were filled with viruses, spyware and malware while their Apple counterparts were designed better, lasted longer and didn’t succomb to most of these threats.

While Google is still fairly new to this space, Apple has already fought this war and stayed strong. Is it a far cry to believe they will do it again?