Microsoft has announced that they will officially end support of Windows Server 2003 (WS 2003) in July of 2015. While 2015 is still quite a ways away, the impending end-of-life for WS 2003 has many panicking and dreading the shift away from the server. What that means, essentially, is that Microsoft will no longer provide “patches or security updates, putting your applications and business at risk. New threats won’t be addressed and your WS 2003 systems will become a security risk and compliance nightmare.”1 However, Systems Integrators and enterprises need not worry. 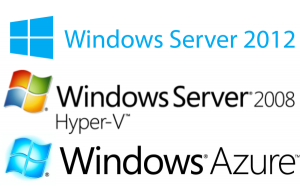 AppZero describes this process as being incredibly painless, “AppZero extracts existing applications, leaving the operating system behind, and migrates the applications to a new machine. Many applications can be moved without code changes from older operating systems to Windows Server 2012 and Windows Azure with AppZero’s enterprise migration tool.” Simple enough.

Brian Hillger, Microsoft’s Director of Product Marketing said of the partnership, “We are pleased to work with AppZero to help our customers take advantage of the advanced capabilities of Windows Server 2012 across virtualization, networking, and storage, as well as the openness, scalability, and flexibility provided by Windows Azure.”

On the other side, AppZero CEO Greg O’Conner stated AppZero’s utility quite simply: “We are uniquely positioned to help Microsoft customers migrate to a newer operating system because our technology separates the application from the operating system and moves only the application and its data…Other approaches move the whole machine, which won’t work if you’re moving to a newer OS.”

Thus, the end-of-life for WS 2003 needn’t be the end of the world for companies and app developers using the server. AppZero can easily move all of your code without requiring any sort of wholesale changes or updates.