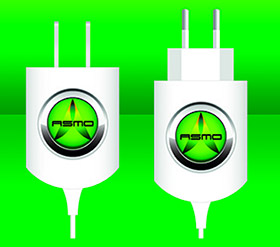 There are some startling statistics when it comes to the chargers for the nearly 7 billion mobile devices in the world today. Many people have no idea that when they leave their cell phone or tablet charger plugged into the wall, when the device isn’t charging, it’s still pulling current as if it were charging. How much current you ask?

After one year, each mobile device charger in your home, that you leave continuously connected, you’ve burned up 8000 watts of electricity, when it’s not charging. With that much power you could brew 80 cups of coffee on a standard coffee maker. You could power your laptop for 260 hours. It’s also about as much power as leaving all the lights on in an average sized home for a month.  Again, that’s just when the phone or device isn’t actually connected. 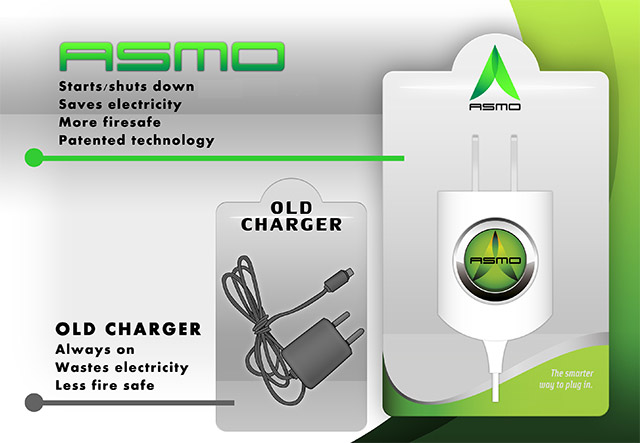 All of that wasted energy is enough to drive someone to create a better charger.  Asmo Saloranta wasn’t actually thinking about all that wasted energy when he designed the ASMO charger. He was actually inspired to create the charger after his fiance’s home burned down. The fire was started by a mobile phone charger plugged in, in the kitchen.

Saloranta set out to create a charger that was able to completely power down when it wasn’t charging a device. After months of working on it, the Finnish inventor finally created the ASMO charger.

“ASMO -charger is a unique invention, different from all the other options on the market. What makes it special is that it switches on and off automatically – it only consumes electricity once it’s attached to a phone that requires charging. It is perfectly safe to leave plugged to a wall in-between-uses, and it does not consume any electricity on standby. It is used as any ordinary mobile charging device, but it is a safer and more economical option.” Saloranta said.

Finland is responsible for some of the biggest hits in the mobile world. Nokia, which was once the largest brand of mobile phones in the world, began in Finland. Angry Birds is also from Finland. It looks like the Saloranta may be onto something big in mobile as well. You can find out more or back his project on Kickstarter, here.