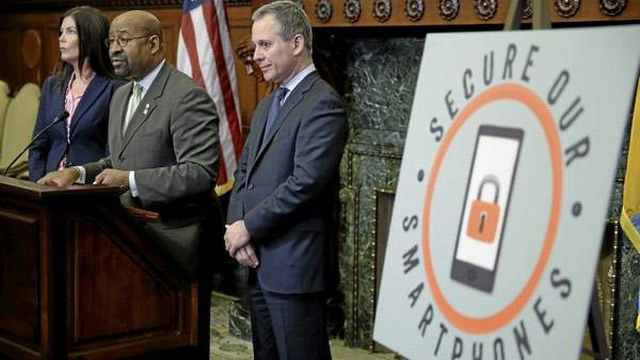 One of the most unsexy features of iOS 7 is probably the most useful. Apple introduced a kill switch feature in the last version of iOS. This allows the owner to remotely wipe and disable their iPhone if it gets lost or stolen, rendering the unit dead if it slipped into the wrong hands. Technobuffalo.com reports that iPhone thefts have dropped significantly since releasing a kill switch feature. Would be thieves have learned that this feature makes it much harder to resell Apple products.

The Secure our Smartphones Initiative Group said in a report Thursday that robberies involving Apple products had decreased 19 percent in the first five months of 2014 compared with the same period the previous year. That decrease was echoed in both San Francisco and London with thefts of Apple products decreasing by 24 percent in London and 38 percent in San Francisco.

But where are the thieves going?

The Secure Our Smartphones report revealed that while Apple thefts in London decreased 24% thefts of Samsung devices increased by 3%. These statistics are obviously showing the effectiveness of the kill switch.

Now Bloomberg is reporting that both Google and Microsoft plan on adding a kill switch feature in the next iterations of their mobile OS software, Android and Windows Phone 8 respectively.

Google could announce a kill switch feature in the next version of Android which could be announced as soon as next Wednesday when all eyes are on Google during their Google I/O developer’s conference.

“Compared to all of the cool things smartphones can do these days, this is not that advanced,” Mr. Gascon said. “I believe ending the victimization of millions of Americans is the coolest thing a smartphone can do.”