On Friday, February 21, 2014, in what can only be characterized as grasping for straws, BlackBerry announced that the newest version of BlackBerry Messenger (BBM) will now offer stickers. Revolutionary. Here is what Sean Hungerford, BBM’s head of Project Management said of the new feature: 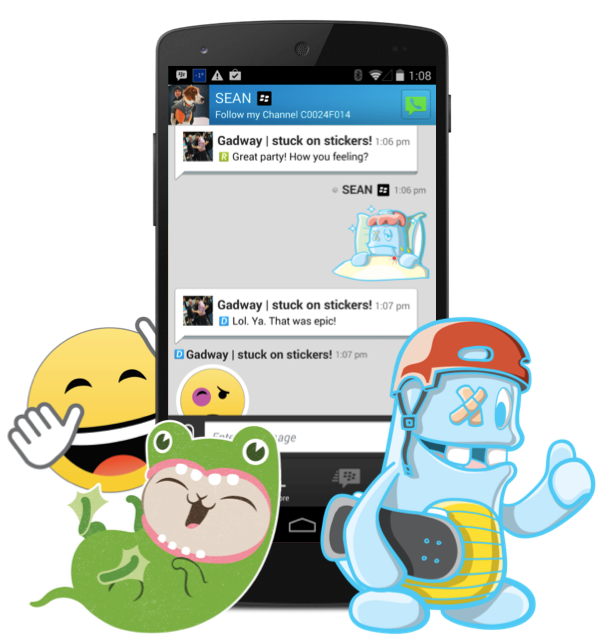 Unlike emoticons, stickers are bolder, more beautiful images that you can add right in to your chat. Stickers are downloaded in packs available for purchase from the new BBM Shop – found right inside BBM. Each sticker pack will contain between 20-25 stickers relating to a theme or a character like CosCat, Gilbert’s Tales, Bubble Bot and more (we can’t wait for you to meet the whole gang!).1

It is quite clear that BlackBerry needs to do something quickly if they are to stay in the mobile game much longer.2 It is hard to argue that a new phone will do the trick. Perhaps the company would be better off scrapping the BlackBerry 10 OS in favor of Android. Though there are still die-hard BlackBerry fans, the confidence in the company is waning. Perhaps the tabled acquisition that would have seen the company acquired by  Fairfax Financial Holdings for $4.7 B was a sign of the company’s internal projections.

Perhaps BBM’s new sticker feature, and really BlackBerry as a whole these days, is best summed up by a comment from ‘h4rr33’ on the blog post announcing the new feature

Pretty sure this going to unnecessarily alienate pre BB10 users. New version of BBM are barely working without significant lags now you want to include stickers?

So BB-pre10 can NOT voice chat with iOS, Android or BB10 devices. And now stickers will either be missing or will be significantly lower res(useless) on those devices.