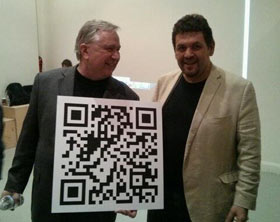 We’ve head time and time again about politicians and elected representatives turning to new technologies to power their campaigns. The social and political power of Twitter was shown to the world in the 2008 Presidential election and again in 2012. Since then several elected officials have taken to Twitter for a major social presence.

We’ve also heard about numerous politicians who’ve turned to various new startups for everything from talking to new online communities of constituents to raising money and sending messages. So it should come as no surprise that a congressman has stared accepting Bitcoin for campaign contributions. Although finding out that it was a Texas congressman may come as a small surprise.

Well that was the case on New Years Eve.

With the New Year we saw the opening of the first Bitcoin Center in New York City. The center, founded by Nick Spanos, a real estate developer, is still working on defining it’s purpose, but Business Insider reported that they will start hosting hackathons there soon. It is important symbolically, as Bitcoin continues to become the most popular alternative currency in the world, that it has a place in New York’s financial district.

Stockman was in attendance for the grand opening party at the Bitcoin Center. He came as a favor to Spanos . Spanos helped phone bank on Stockman’s most recent Congressional campaign.

Stockman is a vocal opponent of federal policy and he told Business Insider he wants to help promote Bitcoin. As a show of faith in Bitcoin the Congressman announced at the event he will now take Bitcoin in his current campaign for Senate against incumbent John Cornyn.