CES 2014 By The Numbers, In An Infographic 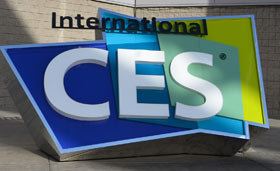 Two weeks ago the 2014 International CES was held in Las Vegas. Over 125,000 people clogged the streets, casinos and the convention center in Las Vegas to see anything and everything in technology. While CES isn’t the place that most of the big tech companies launch the biggest products, (iPad, iPhone, Android etc didn’t debut at CES), it is the place where most tech retail buyers and the press get turned onto some of the hottest trends in technology.

So what was hot at CES this year? Research consultancy Bell Pottinger released a new infographic that highlighted the biggest trends in CES along with the influence the annual convention played in the media.

Nearly 200,000 news pieces were written about the 2014 International CES. There were over 1.2 million tweets, and 1.5 million mentions online.

Here at techfaster we reached over 3 million across social and the web with over 100 stories mentioning CES and over 40 videos.

Take a look at Bell Pottinger’s infographic below to see how CES played out on the social stage.