Yes The Donald Sterling Tapes Have Made It To Rap Genius 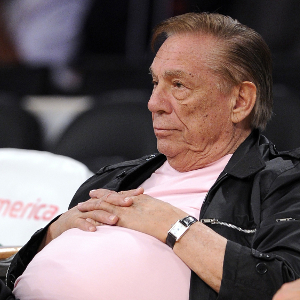 As with most of the big news in the past year or so, the Donald Sterling tapes have found their way to Rap Genius.

For those not in the know Rap Genius is the very popular site that crowd sources annotations on popular hip hop songs, current events, and even poetry. What started out as something fun to do with rap music has turned into a serious annotation platform.

Earlier this year Rap Genius’ Education Czar, Dr. Jeremy Dean, spoke at SXSWedu on using Rap Genius in the classroom. In fact it was Dean, then an English teacher at an Austin High School, who wrote to Rap Genius about using it in his classroom. The company saw the value Rap Genius had for teachers and quickly hired Dean to spearhead those efforts. Dean used Rap Genius to annotate popular poetry and literature for his students. One of his biggest efforts at Rap Genius thus far is to set up a private tool as part of Rap Genius that teachers can share with their students so they can annotate assignments without the rest of the world adding to their work.

It was back in March of last year when things outside of the realm of rap music started making a big splash. When Andrew Mason was removed as CEO of Groupon, Ben Horowitz, one of the founding partners at Andreesen Horowitz took to Rap Genius to annotate Mason’s farewell memo. Andreesen Horowitz has been one of the companies biggest investors to date.

Fast forward to this weekend.

As the world is plenty aware, the Los Angeles Clippers owner Donald Sterling is in trouble for racist remarks, again. Previously he had faced lawsuits surrounding housing discrimination at some of his apartment buildings, and later from Los Angeles Lakers Legend and former Clippers General Manager Elgin Baylor over racist remarks in the Clippers front office.

But what surfaced late Friday was a taped conversation on TMZ between Sterling and his girlfriend V. Stiviano. During the conversation, Sterling tells Stiviano (who is Latino and Black) that she shouldn’t promote or broadcast pictures of her with black people.  This conversation, which Stiviano says is an hour in length, stemmed from her posting a picture of her and Magic Johnson on her Instagram account. The photo has since been removed.

The conversation is now annotated on RapGenius here. The annotations are a mix of information about racism in the United States and the typical tongue and cheek annotations found on most musical entries.

In one entry Stiviano says: I wish I could change the skin, the color of my skin. The annotation is:

This is a tragic internalization of the racist milieu in which Stiviano finds herself. Stiviano would be considered beautiful by nearly any standard (and conversely Sterling, ugly), yet the hate that surrounds her provokes the quite tragic wish to look white.

The wish recalls Toni Morrison’s pitiful Pecola in The Bluest Eye, a young black girl who only wants to look white, thinking that then she would be loved.

Adults, older girls, shops, magazines, newspapers, window signs – all the world had agreed that a blue-eyed, yellow-haired, pink-skinned doll was what every girl child treasured.

Later on in the conversation Sterling says:

The annotation is: “Sterling has pledged to Live by an Old Code of white supremacy, the culture of rich wealthy white elites or the “gate keepers” who made money of minorities labor, that’s the way it is.”

Keep in mind that there was at least 9 minutes of the tape leaked to TMZ and even more to Deadspin so this is rather lengthy entry but it’s also a very good one.

Check out the entire annotation here at rapgenius.com