4 3D Printing Apps That Make It Easy, And Fun 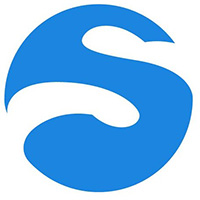 Sculpteo’s Cloud Engine API lets developers implement easy 3D printing directly into their mobile, desktop and browser apps. Users can order their 3D printed designs directly through the apps—which then send order information to Sculpteo—or be redirected to Sculpteo.com. And the process is as easy as app developers want it to be. Here are four example of how mobile app developers are taking advantage of the Sculpteo Cloud Engine already:

123D Creature: 3D design software specialist Autodesk partnered with Sculpteo for 123D Creature, which lets users create their very own monsters on their iPads—and then see them come to life, like modern day Frankensteins. 123D Creature’s unique interface makes it easy for users to design their own monsters out of virtual clay and have them 3D printed with a few taps.

Voxel: Voxel is a 3D design app from Animation and software company Flat Back Films that uses Sculpteo to deliver users 3D printed objects made of “voxels.” Users can recreate the models from their favorite pixelated video games using the Voxel iPhone and iPad app, then see their favorite characters brought to life by Sculpteo.

Potatoyz: There are plenty of 3D sculpting apps, but there’s only one designed to let young children fly their creative flag. With its playful and fun interface, Potatoyz lets anyone design objects to be 3D printed through Sculpteo.

App developers and entrepreneurs looking to provide users with an easy and fun custom 3D printing experience can head to http://www.sculpteo.com to get started.