Dreamworld in the Candy Crush Saga 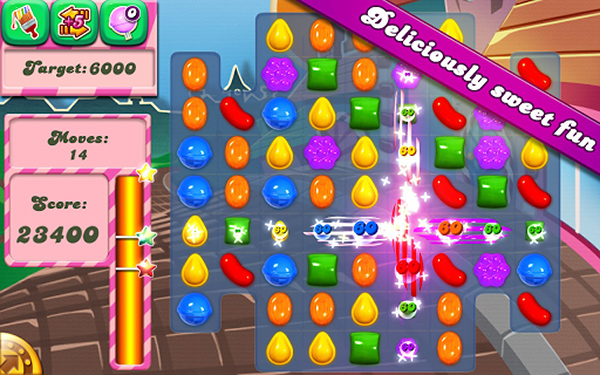 Dreamworld was an extra addition that King added to the Candy Crush Saga and it provided you with another Candy Crush path, but with a twist! This world will only become available to you once Level 50 has been reached and that’s when you can meet Odus the Owl and find out what this world is really about.

There is currently 34 episodes in play now and a total of 500 levels. However, you will not be able to progress onto new levels in Dreamworld if you have not completed those same levels in the Candy Crush Saga.

For example: To play Dreamworld Level 160, you will have to have completed the episode Level 160 is in, in the Candy Crush Saga and Level 160.

If you come to this stage in the game and click on the ‘Lock’, a pop up box will appear quoting,

“Next dream is locked complete another episode in the Saga to unlock your next dream adventure.”

Matching colours that are not on the Moonscale will do nothing to the balance but will add points towards the Moonstruck.

After so many moves a Moonstruck will appear, with some levels even having two Moons truck’s taking place. The effect of this will create an explosion where candies will be removed and new ones will cascade down the game board. This is the perfect opportunity to use Special Candies as it will not obstruct the Moonscale, whereas usually using a special candy will more than likely knock Odus off of his Moonscale.