EduProtect: An Update to Campus Safety 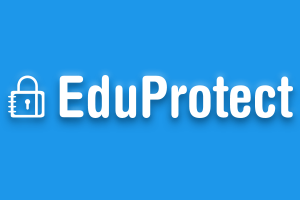 Student safety, whether or not they wish to acknowledge it, is one of the largest problems faced by colleges and universities. To date, the most important student safety devices are the giant campus emergency boxes. Though these are certainly better than nothing, but they are often sparsely spread throughout campuses. However, we just came across a new product that looks to make campuses safer than ever. EduProtect has built a simple, easy to use, push button campus safety product. We had a chance to ask the team a few questions about the new product:

It’s not always possible to call 911 when under threat! EduProtect is a new handheld security device which allows people facing danger to alert police without calling 911.

Why did you build EduProtect?

The team of EduProtect developers all attended Northern Illinois University (NIU) and decided to develop the safety device following random acts of violence they experienced on and off campus. They were especially motivated to take action following the tragic murder of NIU art student, Antinette “Toni” Keller, as she walked near the campus in October 2010, as well as a campus shooting in February 2008 that killed five students.

How is EduProtect different from what is currently available?

EduProtect is the only system that allows people to instantly alert police of an emergency without having a phone in their hand. When facing danger on or off campus, students can simply push the button on the wireless hand-held remote to activate the EduProtect app which automatically transmits their personal profile and GPS location to the local police.

Police can then send help to their exact location and know who they’re looking for. Once activated, EduProtect also starts recording audio and video which can be used as evidence. Once deactivated, it immediately stops tracking users.

Toni Keller’s life was taken in the middle of the day near campus and there’s nothing anyone could do about it. She didn’t have the ability to dial 911 and there were no emergency call towers within reach. That’s why we created EduProtect. It’s a simple, yet powerful way, for students to stay safe.

What’s the next step? What are your short-term goals?

EduProtect has one goal: arming every person in the country with an EduProtect to increase the speed of communication to emergency responders. In order to do this, we must mass produce the devices. We’re running an Indiegogo campaign with a target of $20,000 which will allow us to manufacture thousands of EduProtect that will be used to protect students all over the country.
EduProtect is available for institutions and individuals, with a range of packages available. For example, a device with six months of service costs $30 through its Indiegogo campaign. What’s more, for every 12-month EduProtect purchase, a device will be donated to a Chicago Public High School student.