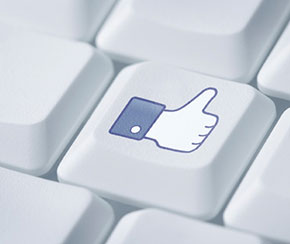 You know you already Facebook at work. You pretend that nobody sees you but then forget that your boss is also your Facebook friend, so whoops you’re busted. In most cases, if you’re not disrupting the work flow you get a pass. You can coo at your niece and nephews photos and read the latest Buzzfeed list with ease. But now something interesting is going on at Facebook. You see, Facebook is growing up.

We all know the story, or actually with slow box office returns perhaps many people don’t know the story, but Facebook started at Harvard. It started as a localized competitor to “hot or not” it then became a campus social network for students at Harvard, it then spread to the Ivy League, and then all colleges, until finally even 10 year olds can get on Facebook (just not according to their terms of service).

But this was all happening as the Facebook founders and founding engineers were going through their late teens and twenties. Now they’re turning the corner into the early to mid 30’s and they need to get jobs.  Figuratively though because most of them have jobs with Facebook and became millionaires when Facebook went public.

So what’s happened is Facebook has realized that they are a fun get away in the world of work, a distraction if you will. They’ve found that more businesses than not have “banned” Facebook from computers that employees have access to. With more and more businesses banning Facebook, and more and more employees hopping into the bathroom stalls for indefinite amounts of time, not to do their business but to do their Facebook business, the company has to do something. They need to conquer, the enterprise.

According to Mashable and the Financial Times, that’s exactly what they’re working on.

According to Mashable the new Facebook At Work is a very similar feeling tool to the actual Facebook site, sans the social network itself. In place of your aunts, uncles and hundreds of exes Facebook At Work will be made up of a network that features work colleagues, work projects, work calendars, work events and more. It’s currently being tested in London and those tests seem to be going well.

There are two clear advantages to Facebook at Work, first off, most everyone in the world is used to the mechanics of Facebook.

Secondly, Facebook at Work would call for whitelisting Facebook url’s. Using Facebook at work would mean that if Patty in accounting had that familiar blue border on her computer she could say she was using Facebook At Work but secretly she’s liking photos of billy’s little league baseball team.

Are we saying the people behind Google Apps, we mean “Google For Work” should be scared? Not yet.. but maybe. People love The Facebook.