According to a new leak from @evleaks, Fitbit is set to launch a new, upgraded version of the Fitbit Force sometime this year. Though there is really no indication when this year. The new Fitbit Force will carry on the long line of Fitbit activity/sleep trackers. 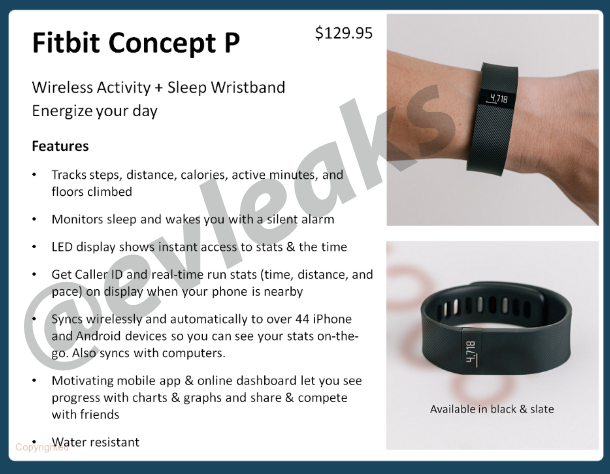 The new Force will come with the usual features: step, distance, calorie, and floor tracking; sleep monitoring; LED display; Caller I.D. and real time stats. However, there are some new additions. Along with the standard mobile device syncing, this new Fitbit syncs with computers. Further, there is a new app addition. While there aren’t really any specifics, it seems safe to assume that the “Motivating mobile app,” is some sort of mobile trainer.

After March’s class-action lawsuit against Fitbit, it is safe to assume that the band will feature a new sort of materiel. The lawsuit was a result of the Fitbit Force causing blisters and rashes. It will be interesting to see the full, detailed features of the new device, and note how close the company is falling into Hosain Rahman’s predictions for wearables.