Uh Oh Could The Beats Apple Deal Be In Trouble?

May 8th the world was abuzz with what looked like the first billionaire hip hop artist, Dr.Dre. After performing on and producing multiple Grammy award winning records Dre was already celebrating his billionaire status not for his rhymes but for his Beats.

May 8th was the day that multiple “reliable” sources reported to the likes of the Wall Street Journal, Bloomberg and Billboard Magazine, that Apple was buying Beats by Dre for a reported $3.2 Billion dollars. The deal seemed all but done, in fact it was continuously reported that the deal would be announced officially by Apple the following Monday, or Tuesday. That announcement still hasn’t materialized as of May 25th over two weeks after the leaks. In fact Apple hasn’t officially acknowledged the deal yet.

Rest assured many sites, including Billboard still seem confident that the deal will be announced but as to the when, nothing has been confirmed.

Billboard has examined five things that could potentially be holding up the deal.

One of those things may be a video leaked out by actor, musician and model Tyrese showing a celebration with Dr. Dre, the same evening of the original reports (May 8th).

While it may have been fun and innocent, Apple is a company that always, purposely, works in a cloud of secrecy. They take their privacy, NDAs and business dealings very seriously. Now anyone with a bit of business sense would think if there’s $3.2 billion dollars worth of company to want to purchase a little video shouldn’t call off the deal and it probably won’t but there are still four more reasonably good reasons the deal is taking longer than first expected.

It may have been Apple’s intention to take a little more time on this deal in the first place but were forced into making decisions faster when the reports started flowing.

Many analysts feel that the Apple deal is more about Beats Music rather than the hardware. Apple has struggled with a pay to stream model over the past several years with it’s latest attempt, iTunes Radio treading water in a pool dominated by Pandora and Spotify.

Others insist the deal is about the whole package. While personally I’m not a fan of the way Beats sound, thy are definitely the most popular consumer brand of headphone in the history of headphones. Aesthetically there are no complaints from Apple either. Beats headphones have been a mainstay in the accessory departments of Apple stores over the past several years.

Where Beats cofounders Dr. Dre and Jimmy Iovine end up has also been a big part of the discussion. It’s been reported that Iovine may take an executive position at Apple which, with his record industry background makes a lot of sense but what about Dre? While the 49 year old rap mogul may be perfectly content taking his cut of the money and retiring (again) the headphone product may continue to hold his name and for that he may want an active role at Apple.

You can read a little more into Billboard’s reasoning for the delays, or just wait it out an official announcement is coming any day now. 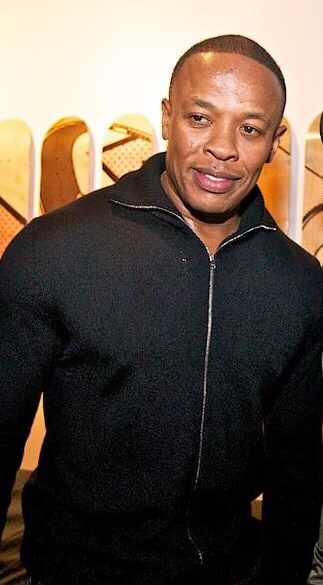