With all the advancements in the ‘Internet of Things,’ there has been a real lack of focus on things for the public good. Sure, you can shut your blinds, or turn on your oven from your phone but what good does that really do? For this reason, we are really excited to share the Flood Beacon. The Flood Beacon team was kind enough to tell us about the project and how it works.

What is Flood Beacon?

Flood Beacon is a internet-connected device that broadcasts real time flood-level data and alerts. The Food Beacon is engineered to broadcast live data such the current water level, GPS location and any sudden accelerations the beacon may feel. The data is sent to cloud for processing and distributed via an open application programming interface (API). Alerts can then be sent to our smartphone application (push notification when someone is in immediate danger), monitoring stations or anything else people wish to develop.

? Flood Beacons are deployed in high-risk flooding areas such as floodplains, rivers and lakes. They are either anchored to a point or left to float.

? The Flood Beacon transmits live data on water levels, GPS location and water movement, including extreme movement caused by sudden rushes of water, via GSM. The low power technology and solar power design will keep the Flood Beacon active at all times

? Live data is provided via an open API for instant, real-time data and notifications of the risk of flooding. One example is our Push Notification. 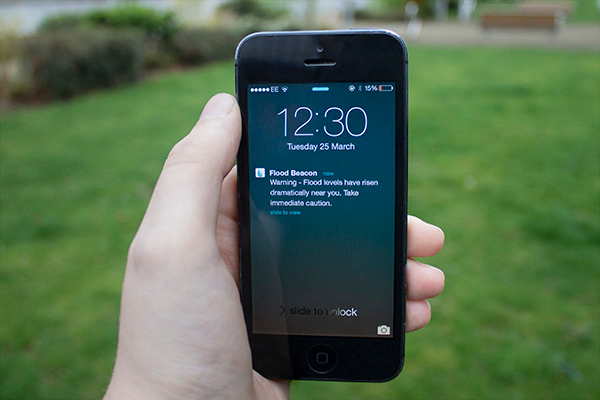 The risk of flooding is increasing. Flood damage losses are expected to increase four fold by 2050, costing $1 trillion globally. Unfortunately in dealing with this growing problem, those at risk have to rely on predicted flood information, rather than real-time information. Flood Beacon aims to address this failing by providing flood data and warnings in real-time.

What inspired the Flood Beacon?

I noticed that all the flood data available was purely based on predictions. No data was available in real time and we know very little about the present state of floods until it’s too late. This realization inspired me to build the prototype for the Flood Beacon.

Also, during the floods of 2014, there were local governments sending out people in boats every hour manually noting the flood levels in certain points. What if the Flood Beacon could replace this and free up these people/services to help and save people. 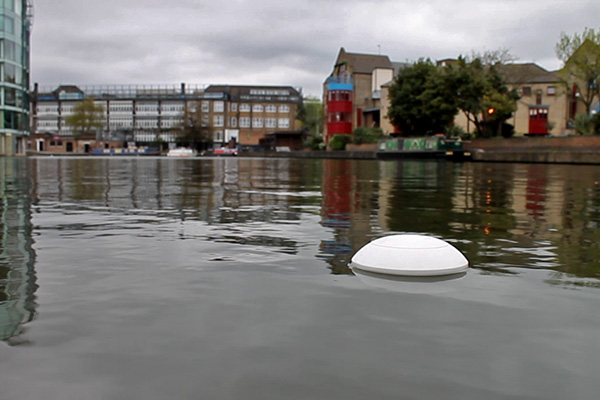 Tell us a little bit about the Sam

Samuel Cox invents products that explore the digital/physical through hardware hacking, coding & prototyping. His work has been featured in the BBC, Engadget, Gizmodo, TechCrunch, PSFK and The Observer to name a few. Also exhibited on stages such as TEDGlobal and Cannes Lions.

What’s the next step?

Our next goals are plugging in the governments and companies to get the conversation started about generating this live data.

We would like to thank the Flood Beacon team for answering our questions. Check out FloodBeacon.com for more info.