Fred Wilson Compares Google Glass To Apple’s Newton, But That May Not Be A Bad Thing 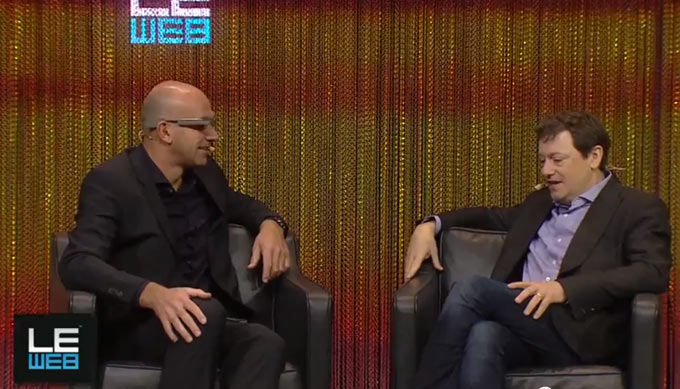 Do you remember the Apple Newton, well we do, but only mildly. The Apple Newton was a PDA device that will forever live on in history as one of Apple’s biggest failures, and yes it’s possible for Apple to have failures.  The Apple Newton ranks up there with the Lisa, the predecessor to the Macintosh computer.

Tech pundits have been talking for years about the Newton and why it failed. When you look at the functionality the Newton was designed to have and compare it with PDA’s of it’s time like the original Palm and Handspring lineups, then you would probably agree the Newton was way ahead of it’s time.

That’s what many people say under their breath about Google Glass. Outside of the Google fanboys, many tech savvy early adopters have felt that Google Glass is clunky and not nearly as cool as they thought it would be. Many would also say the same thing about the current state of smart watches. Both product categories have a lot of room to grow.

Top New York venture capitalist Fred Wilson, agrees. Wilson was asked by Loic LeMur the founder of LeWeb to talk about what he sees coming in the next 10 years of technology. Of course we know that wearable technology, like Google Glass, should be at the forefront of a discussion like that. After Wilson gave his talk on the biggest trends in technology he saved a few minutes for a Q&A with LeMur. It was when LeMur walked out on stage wearing a pair of Google Glass, that Wilson started talking about the smart eyewear.

After getting Wilson’s permission to take a picture and tweet it out using Google Glass, LeMur asked him what he thought about it. “… I don’t see a lot of people walking down the street wearing Google Glass…” Wilson told LeMur. “I think it’s coming” he continued. It was then that he said that it was the Newton of computers and glasses.

LeMur defended that statement though, saying that the Newton was the first iPhone. But when he asked Wilson if Google Glass was a Segway, he said “no, no no no”. but insisted that it was coming. Wilson went on to say that right now Google Glass was too obvious and that he thinks the technology would eventually move into the frame.

Wilson asked the audience how many people would be ready to go out on the street wearing Google Glass. By a show of hands about 10-15% of the audience said they would. Wilson conceded that, that was more than he thought would say yes. “Maybe I’m the ludite” he said.

Watch the complete video from Wilson’s blog avc.com below: