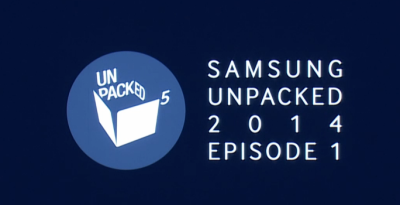 Today, to noticeable excitement and anticipation on the ground at MWC, Samsung announced and showed off the new Galaxy S5 Smartphone. After months of speculation, the device was launched, in usual Samsung fashion, extravagantly. The event began with a full string orchestra:

Perhaps a bit over-the-top, but no one has ever accused Samsung of being subtle.1 After three songs, the orchestra gave way to the marketing b-roll.

Finally, The new Galaxy S5 was introduced to wild applause. There are tons of new features in the latest Galaxy S device. The announcement followed 5 new themes that the company implemented in building the S5:

The new design features what Samsung called a ‘Modern-Glam Look.’ The new S5 is very visually appealing, and features a re-designed UI/UX. The new interface features an all new unlocking effect, newly redesigned settings and icons; a one touch app toolbox. Samsung has also completely re-imagined the screen.

The Galaxy S5 boasts a 5.1 inch full HD screen, and features many new advances in display. The new Adaptive Display feature meaures and tracks the various external factors and calibrates the display for the best possible picture.

Samsung also revamped the Galaxy S5’s camera. The S5 features a 16 megapixel camera with some remarkable functionality: a 0.3 second auto focus; new editing features such as selective focus; and the device can record video in HDR as well.

The announcement boasted that the Galaxy S5 is the fastest Samsung smartphone possible. The device features full LTE coverage – covering any and all LTE bands; MIMO 802.11 ac – which can nearly double Wi-Fi connection speeds; download booster which can allow for 1 GB transfers in under 30 seconds.

The new S5 took a major step for smartphone health functionality. The S5 has a built in heart rate sensor – the first smartphone to do so. The device also features a new application, S Health. While it seems that S Health works best when paired with one of the new Galaxy Gear devices, it has some powerful functionality on its own. It has powerful monitoring and tracking functionality; workout coaching; and many other health/fitness features. 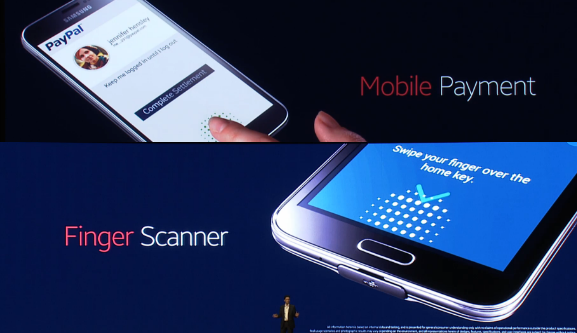 Life seemed to be an everything else category. The new S5 features, as the rumors had correctly speculated, a new finger scanner. The finger scanner acts as a way to unlock private mode and to control mobile payments, among other functions.

Further, the device comes pre-loaded with a ‘Kids Mode,’ full of children’s apps and games.

What’s even more the new Galaxy S 5 is IP67 water and dust resistant.

On top of all of these features, the new S5 has a ‘Ultra Power Saving Mode.’ This power saving mode allows users to shut down all apps and features except for sms and the phone. The mode also switches the display to black and white. All-in-all, the ‘Ultra Power Saving Mode’ allows a user to extend 10% battery up to 24 hours by eliminating battery draining services and applications.

The new Samsung Galaxy S5 is set to release on April 11, 2014 in 150 countries. Look for more S5 news in the coming days as Samsung is set to make several more announcements at MWC.