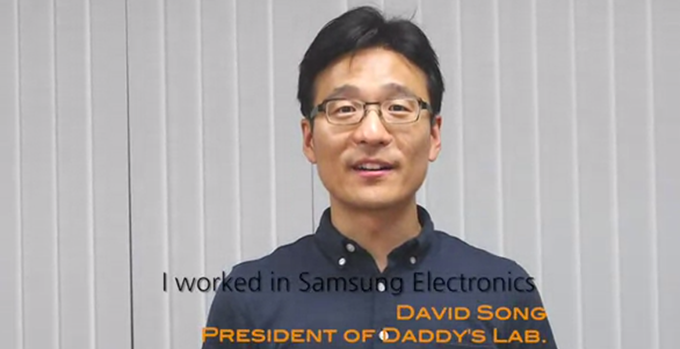 David Song spent most of his career working for Samsung as an engineer in their mobile division. Throughout his career he worked with the latest and greatest from Samsung and dealt daily with things like accelerometers, control surfaces and human interaction with electronics. All the while his children took a keen interest in what it was that daddy does, and of course gaming.

Song set out to teach his kids how to create, interact and customize games using MIT’s Scratch gaming platform. He quickly realized that this method was too academic in nature and it was hard to keep his kids attention.  That’s why he left Samsung and created Daddy’s Lab.

Daddy’s Lab is a prototyping lab but more importantly, their creation the GameTube, is an entirely new way to teach kids how to create games by interacting with technology.

The GameTube device is a modular controlling system that allows kids to take a game on the Scratch system and interact with it in entirely new ways. As you can see from the video below, Song’s kids have taken Flappy Bird and found ways to control it with the arms, their breath, simple controls or even Gangnam Style.

But GameTube isn’t just about the game play. GameTube allows those same kids to use their interactions with the device to change and create code using the Scratch platform. The video showed where Song’s kids added a fire element to Flappy Bird, which just about everyone who downloaded Flappy Bird wishes they had.

After mastering the GameTube for game play and modification, kids and even adults of just about any age can start creating their own games from scratch. 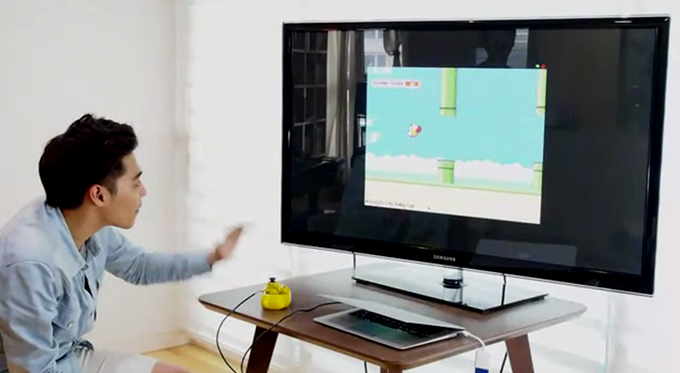 The actual GameTube device consists of a control pad and a mobile pad. Modular sensors like a wind sensor, accelerometer, and distance sensor can be connected to both control surfaces and used to control the way games are played. Daddy’s Lab plans on creating even more sensors.

The Mobile Pad can be connected to existing toy guys, and even a person’s belt and easily configured to interact with games.

It’s been proven time and time again that children can learn to code, develop and create as long as they have that hand’s on interactive experience, which the GameTube by Daddy’s Lab gives them.

You can find out more about GameTube here.