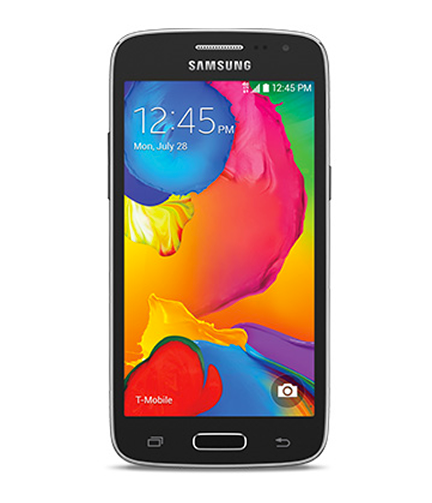 The line between high end Android phones and mid-range phones continues to get blurrier and blurrier. Just three years ago getting a medium range Android meant horrible buttons, horrible lag and horrible graphics. Those days are gone.

Now, today’s midrange phones carry yesterday’s high end specs and with the amount of Android phones that release every year, you’re never too far behind. That’s pretty much the case with the new Samsung Galaxy Avant that went on sale at T-Mobile yesterday. Add in the fact that the Avant is coming with the latest version of Android, Kit Kat, and it’s rivaling some of today’s best phones.

The Avant has an oblong design which makes it look a bit like the Samsung Galaxy S3 and S4. It also has a 4.5″ screen, which would have been humongous a couple years back but is still on the small side when compared to the Samsung Galaxy S5 or HTC One M8.

Internally there’s 1.5gb of RAM on board and 16gb of storage with a microSD slot. You’ll also be able to listen to your favorite terrestrial FM radio station with the onboard FM radio. It’s all backed by a quad-core 1.2ghz processor.

If you’re new to smartphones, Android or Samsung there’s even an Easy Mode which makes it easier to navigate for first time users.

You can check out the Avant here.