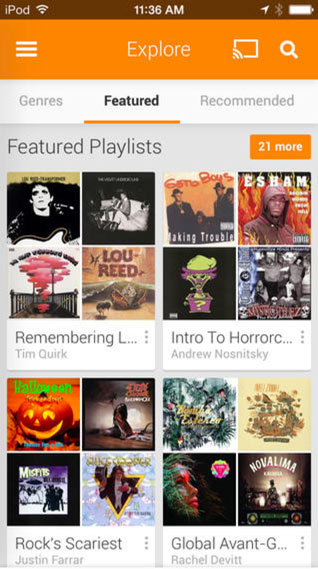 Google has updated their music app on iOS 7 again. Now, loyalists who are actually paying for the service, get another refreshed UI as well as a new “I’m Feeling Lucky Radio” feature.

Like the “I’m Feeling Lucky” button on Google.com, this new radio feature promises to generate a randomly selected playlist based off your previous listening habits.

This update also added new themed auto-playlists built around the tracks that are saved in your Google Music library. They’ve also added genre specific radio stations for subscribers to their All Access streaming service. According to engadget this update brings Google Music’s iOS app up to date with it’s Android counterpart.

The update went live on Saturday. You can download it here.