In yet more Google news, the Mountain View company recently filed an interesting patent application. The patent is for a new sort of keyboard to be placed on the backside of devices. According to Patent Bolt:

Last week the US Patent & Trademark Office published a patent application from Google that reveals a method of displaying a Graphic Keyboard. The twist to Google’s invention is that it relates to providing mobile devices (smartphones & tablets) with backside sensors that act as keyboard keys for input on a virtual keyboard UI of the user’s touch screen.1 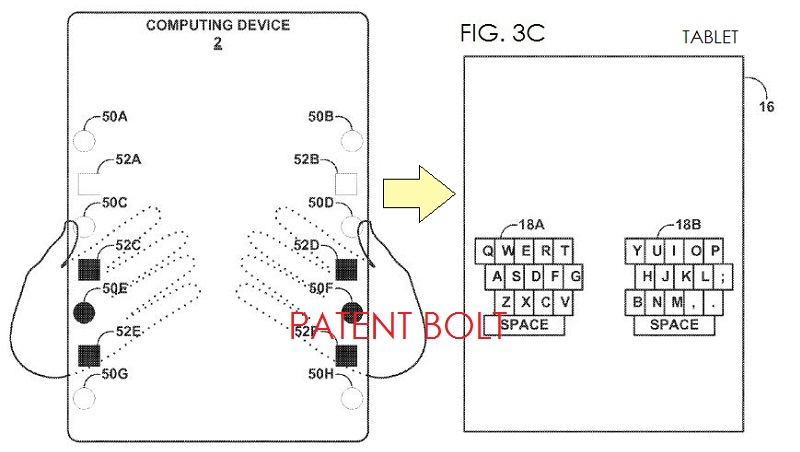 The TrewGrip keyboard takes the traditional keyboard layout, breaks it apart in the middle (like an ergonomic keyboard) and then turns the keys one quarter turn. So your hands feel intuitively the same as if you were using a full sized keyboard. If you haven’t followed, watch the video below, but the keys are turned and then put on the back of the device. So the 8 fingers you use to actually type words are able to reach the letters they would if you were typing on a traditional keyboard.

There is a notable difference between Google’s new patent and the TREWGrip, however. Google’s patent places the new keyboard directly on the phone, whereas the TREWGrip is an external device. Though the two are different, it seems that the Google patent provides a measure of validation for the TREWGrip. Anyhow, here is our interview with TREWGrip CEO Mark Parker from CES: