3D at Retail: A License to Engage 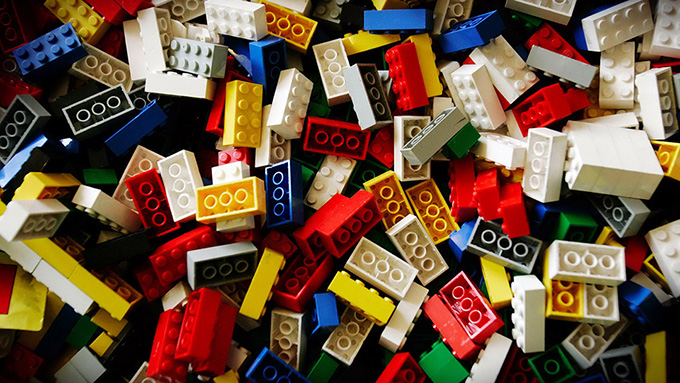 You got a license for that thing? That phrase could soon take on a new meaning. Instead of referring to certain types of things, it may apply to nearly every…thing. The state of licensing in 3D printing today is in equal parts wild west and gold rush. But, managed correctly, 3D print licensing could create an opportunity to instigate another tipping point for the industry.

Licensors include the studios, artists, teams, athletes and all the other properties seeking brand affiliation. In exchange for their license, they increase the value of their brand and (most of the time, anyway) get compensated for its use. It’s nothing new, movies have partnered with fast food brands for decades.

Suppliers like Lego have also been active in licensing. The combination of great product and properties like the Star Wars brand have been huge for Lego. Could 3D printing offer even more?

The 3D Printing Revolution Might be Lego’s Biggest Test Ever

When you’re crowdsourcing, having access to a large group of raving fans and having a sizable outlet for distribution are two effective ways of motivating designers. After all, what designer wouldn’t want to create products around Star Wars, The Simpsons, or Game of Thrones? Licensing gives them an approved way to do it.

Beyond that, licensing can lead to better product. My good friend Ty Simpson (no relation to “The Simpsons”) was recently interviewed by Forbes, and asked about his experience in crowdsourcing design. He said, “I think [crowdsourcing] has opened a lot of eyes that what fans come up with is very effective.” He added, “There’s no way a group of creative people will come out with something better than a true fan who really understands the brand.” Smart.

<rant> On a side note, in conversation about 3D printing, someone will almost always mention customization. Here’s my problem. While the idea of personalizing something sounds good, the user experience can be a bit clunky, painful even. That’s because there are always a few key decisions to be made:

Answering yes to all three can easily turn desktop eCommerce into a nightmare and gets even worse in the mobile channel. You can almost smell the shopping cart abandonment. Gamification and other tactics are making it easier, but it’s still tough to pull off well. It’s even more difficult if you’re licensing someone else’s brand. They have standards and expect them to be kept. Do it well or don’t do it. </rant>.

Regardless, as the demand for 3D printable products continues to grow, it seems likely more brands will get involved. If brand loyalty, fan engagement, and a quickly growing user base doesn’t attract them, the opportunity to sell their products in a new, digital channel probably will.

If you take a look across the web you’ll already find 3D printable content from many artists and studios. In fact, just last week 3DLT was mentioned in a Washington Post article where the main photo showed a MakerBot printing Homer Simpson’s head. It wasn’t our product and I don’t know where it came from, but if I had to guess, I’d say Homer’s head probably wasn’t licensed.

In this way 3D printing right now is a bit “wild west.” Back when I was in college I worked in an on-campus copy shop. We routinely copied pages directly out of textbooks, created course packs, and sold them under the doctrine of “Fair Use.” Kinko’s lawsuit with publishers ended that. Printers in nearly every consumer category from wall graphics to t-shirts have also dealt with the issue. Many got cease and desist notices, and if they didn’t comply, were sued.

Some portion of this market will forgo licensing, but I think there’s more opportunity in the “gold rush,” working with licensors and designers to create an endless pool of quality content. Like any other type of licensing arrangement it can get complicated, but hey…that’s what the people in the suits are for, right? In the end its worth it if consumers get access to the brands they want, designers get to leverage their passion, and brands get a license on engagement.

3DLT is a platform for 3D Printing As-a-Service. We work with retailers and their suppliers, helping our clients leverage 3D printing online and in-store. 3DLT sources the content, provides the technology, and manages the fulfillment of 3D printed goods.

If you’re a retailer, manufacturer, designer or licensor, EMAIL us at sayhello@3DLT.com to learn more about 3DLT and how we could help you #Go3D

3D Faster is penned by John Hauer, John is 3DLT’s Chief Executive Officer. Working mainly in the print, eCommerce, and retail industries, he has nearly 25 years of sales, marketing, and technology experience. John has launched and managed several B2B and B2C websites. In 2012 he co-founded 3DLT, connecting the designers, consumers and producers of 3D printing. 3DLT sells direct and works with retailers, helping them build 3D printing service offerings online and in-store.