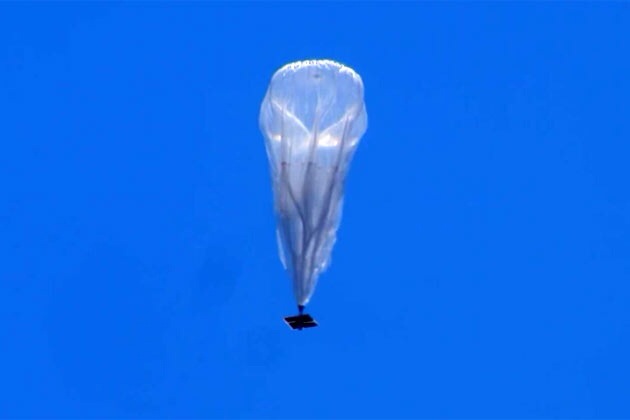 Google has leased a famous blimp hangar from NASA for a reported $2 million dollars per year and a $33 million dollar commitment to refurbish the property.

Hangar One at Moffett Federal Airfield was used for many years to house the USS Macon, a very large World War I blimp, for the US navy.

The hangar is one of the largest self supported structures in the world, with floor space covering 8 acres, according to Seeking Alpha. The airfield is less than 10 minutes away from Google’s headquarters in Mountain View California.

With all that space, and a renovation at Google’s headquarters already in the works, the question begs, what is
Google going to do there?

Seeking Alpha reached out to Google for comment and all Google would say was that they are using the facility for research.

From there, Seeking Alpha analyst Brian Tesch concluded that one thing that would make a lot of sense would be if Google used the space to work on Project Loon.

Project Loon is the Google Project currently being tested in New Zealand that uses small hot air balloons to broadcast wifi over rural parts of the country. The balloons create a huge aerial network delivering wifi at speeds comparable to 3G.

While Google is footing the bill for Project Loon and the wifi generated by the balloons doesn’t cost anything to access, it’s not entirely a loss for Google, or charity. Google makes their money from advertising on the web and of course more internet users mean more ad clicks.

It’s not believed that Google will bring Project Loon to the United States, using Moffett Airfield as a testing and research facility for Project Loon would mean that it’s closer to some of the other rural parts of the world where it would make sense to deploy the service.