De La Soul Pirated Their Own Music, To Give It Away 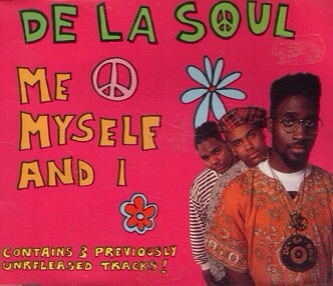 We are particularly fond of De La Soul these days. Plug Three, or Maseo, the hip hop group’s DJ is the father of Auburn University’s star running back and Heisman candidate, Tre Mason. All college football aside, the hip hop pioneers did something pretty cool for Valentine’s Day.

On Valentine’s Day the group decided to give their entire 6 album catalog away for free, simply for an email address. Obviously this isn’t any new kind of marketing breakthrough but to giveaway an entire catalog is pretty cool. It also started a murmur of rumors that the trio may be working on new music.

What’s even cooler is as Recode’s Peter Kafka discovered the band circumvented record label red tape to give their music away. Of course what’s not cool is that there was red tape in the first place.

Kafka discovered that the files De La Soul posted for giveaway had actually originated from Rappalata.net, a website that allows users to download rap music for free (pirating).

So you may be wondering why De La Soul would have to pirate their own music?

Well, the group was signed to Tommy Boy Records a huge hip hop label I the 80’s and 90’s which was home to Naughty By Nature, Stetsasonic, Coolio, House of Pain and many more (including De La Soul). Tommy Boy was eventually acquired by Warner Brothers records, who now hold the rights to all of the Tommy Boy artist’s recordings.

Many Warner artists have their music available for sale and streaming online through iTunes, Spotify, Beats and other online services however Warner hasn’t posted most of the Tommy Boy catalog anywhere. You can’t find De La Soul’s music anywhere for legitimate paid download or streaming.

So without a “legal” means for the free distribution, it appears that De La Soul took matters into their own hands to get the people their music.

Questions around the legality or ethics of this promotion linger however as Kafka reports, Warner hasn’t ever posted De La Soul’s music for purchase the argument could be made that Warner suffered no monetary loss. However if current Warner artists like Bruno Mars or Jason DeRulo did the same thing, Warner would have suffered a loss.

It should be noted that Kafka reached out to the group, and Warner and didn’t hear back, so while this appears to be exactly what happened, it hasn’t been confirmed.