The Halloween Industry: How it Compares to Other Holidays

With Halloween in full swing, we thought it would be interesting to take a look at some economic statistics and trends for All Hallows’ Eve. It is no secret that there is a huge impact, just go by the closest Halloween store sometime today; its staggering. But just how big is the Halloween industry impact, and how does it compare to other holidays? 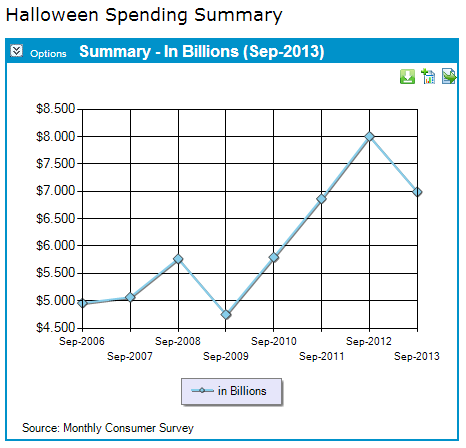 According to the National Retail Federation (NRF), total Halloween consumer spending is projected to be more that $7B this year.1 That is a sizable impact for a holiday that only slightly more than 65 percent of adults 18+ plan to celebrate this year.2

So how does Halloween consumer spending break down? 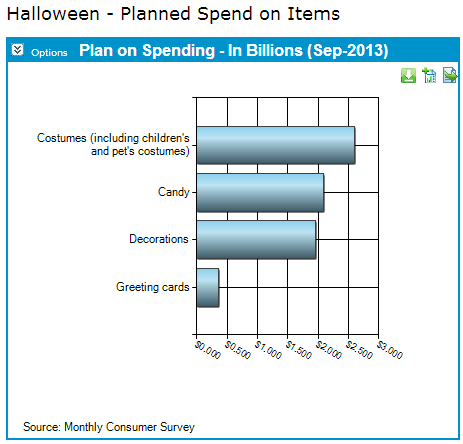 More than $2.5B on costumes and more than $2B on candy. What’s even more, in the 2012 Halloween season, consumer spent just under $400M on pet costumes alone.3 Amazing. All together, the average American will spend a whopping $75.03 on Halloween this year.4 While $7B seems a massive impact, a quick comparison with some other holidays – excluding Christmas and Hanukkah – yields some spooky (sorry, couldn’t resist) results.

According to the NRF’s seasonal and holiday data, not only is the $7B impact of Halloween the lowest of the holidays, but it is the lowest by a large margin.5 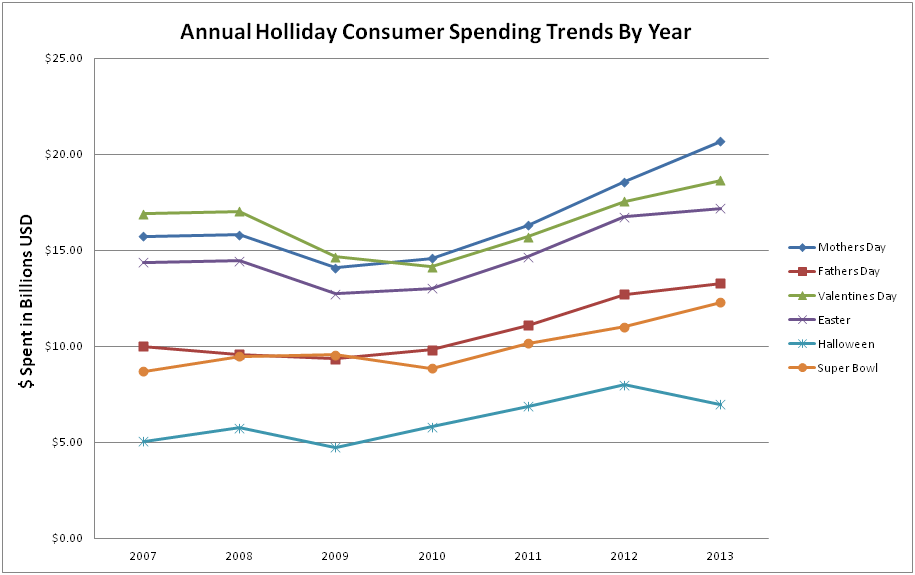 In total, the consumer spending of these six holidays amounts to more than $89B. Though a large impact, the aggregate footprint of these six holidays is all but dwarfed by the more that $602B projection for Christmas and Hanukkah this year.6 It is amazing how much of an impact the holidays have on the U.S. economy.

The NRF has a good infographic on the economic impact of 2013 Halloween.