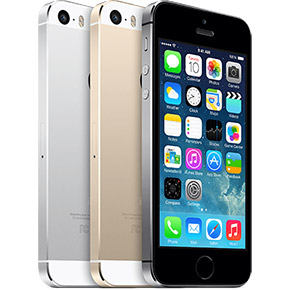 It seems that Apple CEO Tim Cook and Senior Vice President of Engineering Craig Federighi did a great job earlier this month getting people fired up about iOS 8. Typically the world waits with baited breath for the release of the next iPhone, and while we are waiting for that iOS 8 seems to have enough features that the world is talking.

Easy collaboration between devices, family control, better notifications, home screen widgets and more, were the highlights of the iOS portion of the main keynote at Apple’s WWDC event. People with the most recent generations of iPhone, iPad and Macbook Pro & Air, can’t wait to have features designed for folks that have bought into the entire Apple ecosystem.

Well before we get too ahead of ourselves, it’s apparent that there’s at least one more significant update coming to iOS 7.

IBT has reported that Apple has seeded a test version of the firmware, 11D257 to their carrier partners. Those carrier partners are supposed to be done with their testing by this Friday, June 27th. That means we could see the update out for iOS devices by the following week, right in time for the fourth of July.

Macrumors reports that the update will fix a bug in downloading emails. It’s also supposed to address a vulnerability the allows access to “limited apps” from the lock screen. It may also address an issue that previous iOS users have had with their iMessage accounts preventing them from getting text messages from iOS users when they switch away from an iOS device to Android, Windows Phone or Blackberry.

Macrumors also reported that the new software build was seen across the net, in logs, as far back as early May with a huge increate in the last week or so.

Barring any major issues after the release of 7.1.2 this is probably the last build we will see of iOS 7.