Too Lean Or Not Too Lean That Is The Question 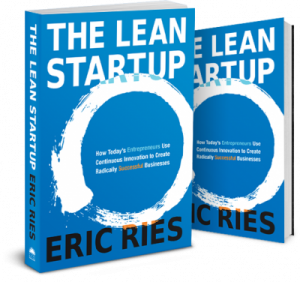 I’ve never personally been a fan of “Lean” or the Minimum Viable Product concept. I believe the best startups come out of the gate with features in-tact, great user experience and with a good bit of polish on them. I don’t believe that startups should take over a year to get there though, so the optimum startups are somewhere between Lean and multiple times iterated and launch ready.

When Priceline, Ubid and VentureCamp co-founder Jeff Hoffman spoke at Everywhere Else Cincinnati earlier this month though, you could hear a pin drop, or some gasps when he started talking about Lean and the MVP.

This quote about Lean and the MVP will forever stay in my entrepreneurial mind “MVP doesn’t mean put a crap product out there. If you go to lean you’re putting your reputation on the line. “I remember you your jeff the crap guy”. That’s exactly what the very successful serial entrepreneur said.

He has a good point there too.

If you show up to an investor meeting with a half baked product, the investor, out of politeness 99% of the time, will tell you to come back when you have all the kink’s worked out. We’ve heard time and time again from startups who went back only to never secure another meeting. Time wasted, resources wasted, nothing accomplished.

Eric Ries, the founder of the Lean Startup Movement, has a huge following, and sure there are several startups that have tried this method and been successful. The common thread though is that they had some previous success in startups before they magically took the Lean route. And of course there are still others who on their first time to bat with a Lean startup actually made it. But more often than not Lean is an excuse to put out a shoddy product.

To this point, VentureBeat recently released 6 things wrong with the Lean Startup model (and what to do about it. In that piece, most of the 6 things wrong, go back to the same basic premise, you come out half cocked and not ready.

Michael Sharkey the co-founder of Bislr cites a great quote by Guy Kawasaki and quickly relates it to lean:

“A great product is deep. It doesn’t run out of features and functionality after a few weeks of use. As your demands get more sophisticated, you discover that you don’t need a different product.”
It’s impossible to get that deep with your product if you’re going for Minimum Viable Product.
While Jeff Hoffman’s quote may be hard to swallow for some, he did say that it’s important to “launch something”. Hoffman suggests that you not do the lean thing just to rush something out there. His advice is to take two functions of your five product function and crush them.
Hoffman warned that taking lean to seriously is like throwing sh*t against the wall and seeing what sticks. Investors don’t have time for that.
2013-10-28T17:46:53-04:00By TechFaster|Editors' Picks, Tips|0 Comments