MakerBot: Coming to a Home Depot Near You 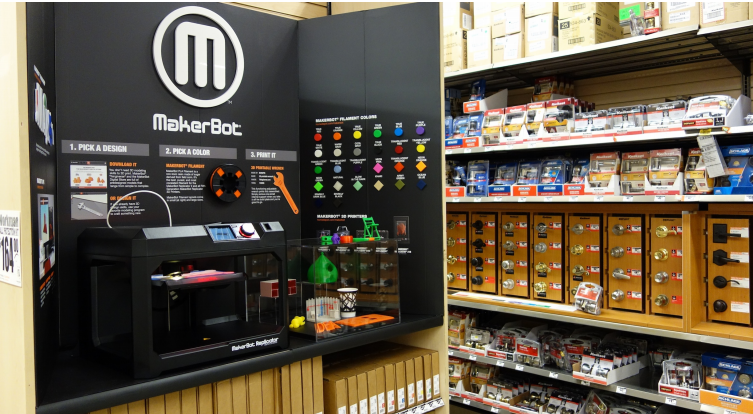 On Monday, MakerBot announced a new partnership with The Home Depot. According to a statement from MakerBot, Home Depot will begin selling MakerBot 3D Printers online and in several stores across the U.S.:

Although 3D printing has seen an explosion in popularity over the past several years, the overall reach of the technology is still quite limited. This is a major step for everyone and everything  involved: The Home Depot, MakerBot, 3D printing as a whole, and the general public. Just getting a 3D Printer out there, into the mainstream will lead to more exposure if nothing else. Who know, it could begin a huge revolution in home improvements. Bre Pettis, the CEO of MakerBot, made a statement about the partnership: