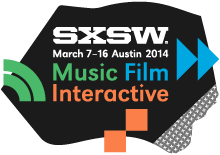 Although it may sound strange at first, Pennzoil – the major oil company – is going to have a major presence at SXSW Interactive this coming weekend. The oil company has teamed up with Nintendo to bring a truly unique event to this years SXSW.

Nintendo is set to release the 8th installment of their wildly successful game, Mario Kart, on May 30th, 2014. In advance of the release of Mario Kart 8, Nintendo and Pennzoil will be bringing “Mario Kart Reimagined,” to Palmer Convention Center. According to the SXSW event description:

Now, you can enjoy an experience inspired by your favorite racing game on a live track in the real world, complete with interactive power-ups that’ll give your kart the winning edge. You’ll also receive a GoPro video of your actual race to share on your favorite social networks! 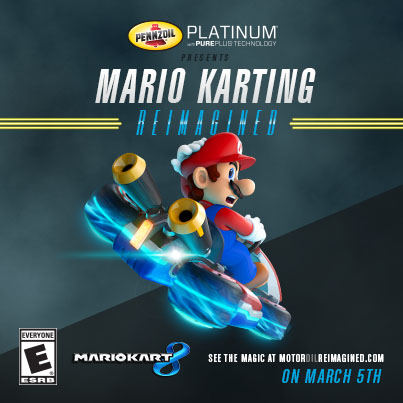 Even further, AdAge was able to dig up more info on how the races themselves will actually work:

The karts feature RFID technology that communicates between the vehicle, the track and icons on the course. Those icons — there are eight in total — include the familiar “red turtle shell” and “banana peel” that gamers familiar with the game know, as well as Pennzoil icons that speed up the kart’s performance. The karts themselves have GoPros attached to the roofs — the races will be simulcast on screens nearby and in the festival’s main building at the Austin Convention Center.

As if the new Mario Kart even needed any sort of build up, the game looks amazing. Take a look at this trailer: