Some people prefer living the smaller life. Others are forced into it by having to live in major cities with major rent. Ikea has been providing furniture designed to optimize those small spaces for years, but now, the students at the MIT Media Lab have come up with a concept that blends technology, apps and transforming furniture into an amazing use of space.

Grist says the CityHome by the MIT Media Lab’s Changing Places Group “looks kind of like what might happen if Apple were to design an MRI machine.” but really it’s much cooler.

The center piece of the entire City Home concept is a rectangular box like structure that dubs as the kitchen counter, a bathroom expansion, a bed, a desk, an additional counter top space and a home entertainment system. 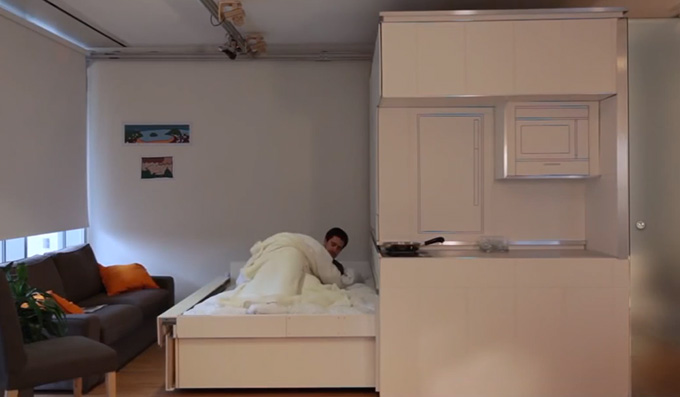 By incorporating apps and technology into this transformable piece of furniture, the bed can come out of the structure with a gesture. The entire structure can move, enlarging the bathroom space for your morning shower. It can then be replaced by a complete desk and work space. 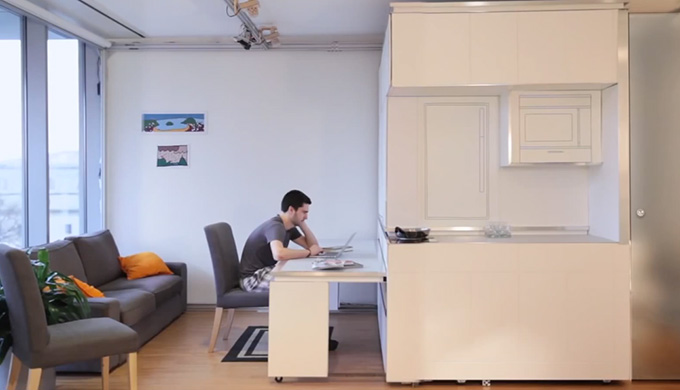 Not satisfied with the kitchen counter top? Another wave produces a longer counter. Once you’ve finished preparing food in the kitchen, that has now doubled in size, a dining room table setting for six can appear almost out of thin air. 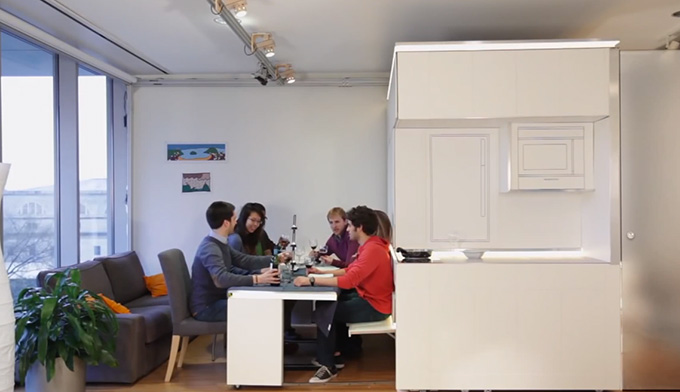 Once you’ve woken up, taken  your shower, worked, prepared dinner, and finally eaten dinner, the CityHome can transform itself into the epicenter of your throbbing night club, giving an entire new meaning to “turn down for what”. 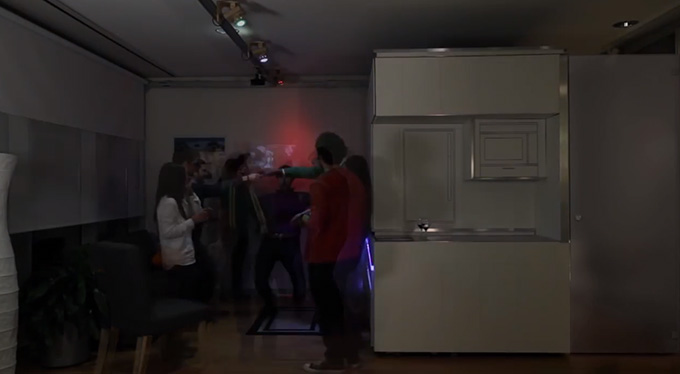 All of this is controlled by apps and gesture control, so you don’t even need to break a sweat, stub a toe or jam a finger.

Right now this is a concept, but we’re convinced city dwelling in the future, may look more like this rather than ten flat stacked boxes from Ikea on top of your Prius.