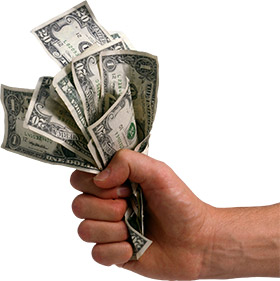 Developing apps and games isn’t an easy job. In fact, less than 10% of apps submitted to the iOS or Android app stores make more than $100 over the course of their lives. Matomy aims to fix all of that by offering payment solutions as well as marketing support through mass exposure to mobile developers with their new system, Mobit.

With a company history that dates to 2007, Matomy (Mobit’s parent company) has roots in the startup scene, while growing their company to over 380 employees worldwide. All indications point to them shaking up the way mobile traffic is purchased, or monetized over the next few years.

Matomy, and CEO Ofal Druker saw a need among mobile platforms to deliver advertising to a wide variety of devices, operating systems, and even different versions of the same operating system. For example, Android users aren’t all offered upgrades to the newest version at the same time, leading to a real problem for companies like Mobit that aim to deliver ads across all devices.

“There’s a lot of work to do in order to connect to so many platforms on mobile,” Druker said.

The main need is for a standardized ad delivery system, such as those that we’re currently using on a desktop or laptop computer. The problem is, it’s not as simple as porting the existing ad servers and networks over to mobile.

This is where Mobit comes in.

Mobit is a system built to work with AppNexus’ platform and deliver ads from a wide range of sources, or allow the user looking for more exposure to buy traffic from other apps and games on the network. In short, the system is somewhat of a buy and sell sort of market that allows users to buy or sell traffic depending on whether they want to generate revenue for existing traffic, or buy more exposure. This package comes with world class analytics that allows the end user to measure conversions, traffic, and a plethora of marketing-related categories.

The two main business models among app and mobile game developers are the basic sale of goods, which offers the product at a set price to a consumer. The other model, which is far more popular amongst developers, is the freemium model. In the freemium model, revenue is generated through the sale of in-app purchases and upgrades, or – more commonly – through ad clicks or impressions from within the app or game.

In 2013 alone, free apps were downloaded more than 92-billion times, as opposed to just 9-billion paid apps or games. With more than a 10-1 ratio skewing toward the free downloads, Mobit might just skew the odds in the favor of the freemium developer.