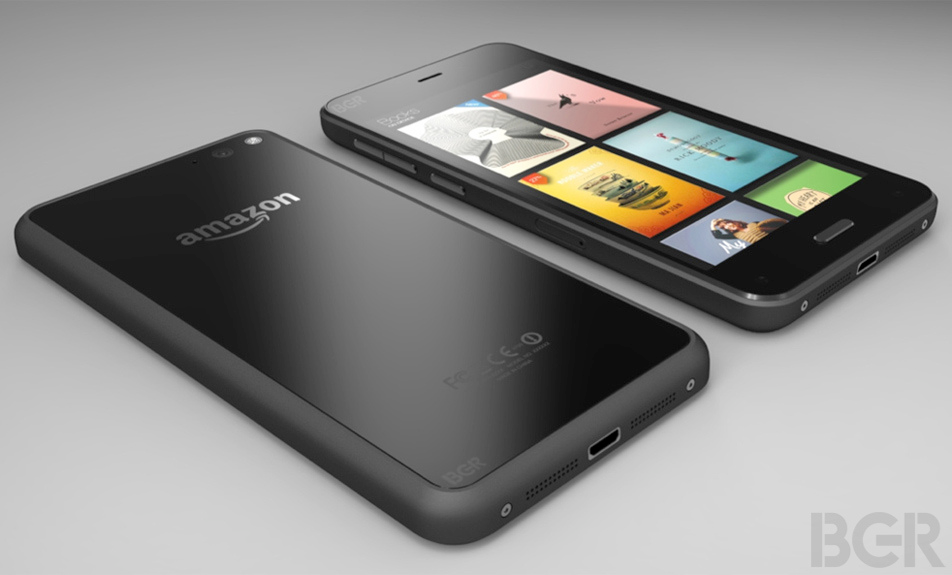 On Thursday, BGR published a leaked rendering of the upcoming 3D Amazon phone.1 The image “is the first to reveal the design of Amazon’s debut smartphone. Multiple trusted sources have verified the authenticity of the image, which was created for internal use by graphic designers at Amazon.”2 The new phone is set to be announced by the company sometime in June, and then hit the market in October.

This release looks a lot different than than the bulky, case covered previous leak. It looks like Amazon has built a beautiful handset. The device is quite similar, appearance-wise, to the LG G2 – at least that’s what I see. It is clear that Amazon is taking design seriously with their first handset offering. As far as specs, BGR is again on top of it:

Further, BGR is reporting that the device will feature a duad-core Qualcomm Snapdragon processor, 2GB of RAM, and a heavily customized Android build, in the same fashion as the Kindle.4 Further, the devices 3D functionality is powered by, “four front-facing infrared cameras that track the position of the user’s head in relation to the device’s screen. Coupled with some additional sensors, these cameras also facilitate unique gesture-based controls used to access menus and additional information.”5 This is really a good looking phone, but the verdict is out on how functional the 3D effects are.